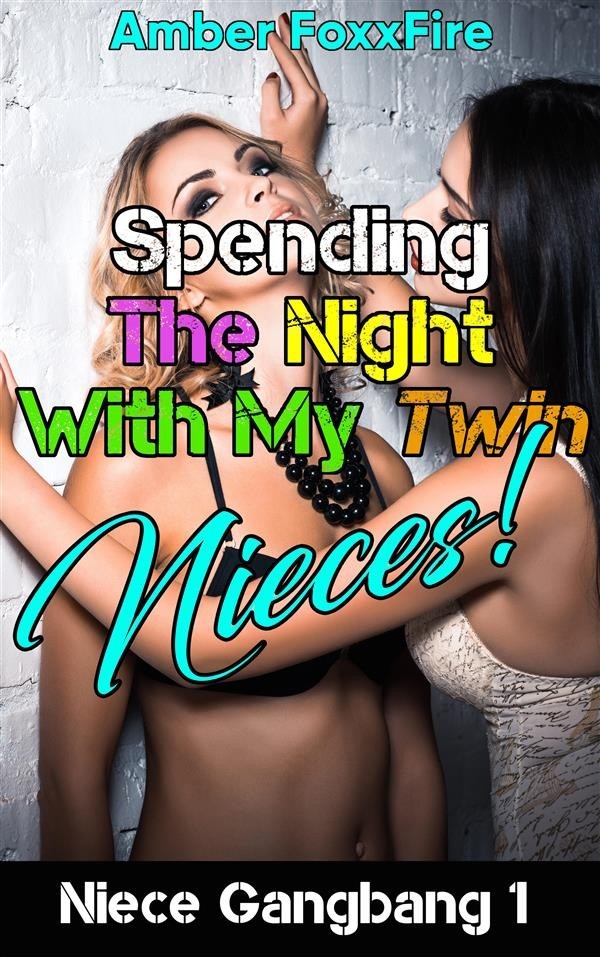 A phone call in the middle of the night usually meant one of two things:

I just didn’t expect that booty to be my twin 18-year-old virgin nieces.

My brother was out of town with his new girlfriend and the twins needed someone to look after and protect them.

Flipping open his cell-phone, Ben saw that his brother was calling him in the middle of the night. What the hell?

"Yeah?" He answered, his voice cracked with sleep. He rubbed his bleary eyes and peered at the clock. Two in the morning. Holy hell! This had better be urgent.

"Uncle Ben we need your help!" Squealed Rhonda and Sonja.

"Ask your dad." Ben rolled his eyes, wondering what the twins were getting into. He just about hung up the phone.

"He's not home! Daddy went on a vacation with his new girlfriend! He said since we were 18, we could take care of ourselves." Both of them wailed.

"So, what's the problem? Can't find the bed?" Ben asked, rolling his eyes, wondering why his brother had pampered the twins so much. They couldn't even survive on their own for a couple of nights. He wondered if they could even boil water.

"There's a noise outside and we think someone's prowling around the house. What should we do?" They both talked on the phone at once, whimpering like scared puppies.

"Why didn't you call the police?" He shook his head.

"Because we can't cuddle with the police man."

"I'll be right over." Ben sighed as he quickly dressed, walked out of his house and drove the three miles to where his brother lived.

His brother had pampered the girls since he'd divorced their mother years ago. They were totally dependent on him and never questioned his authority. Ben thought it was wrong, but kept out of it.

They met him at the door in their panties and halter tops. When they hugged him, he could feel their bodies trembling.

He was amazed that they looked exactly alike in every way, except that Rhonda had braces. The same red hair, dimpled smile and delicate heart-shaped faces.

Their mature woman bodies were stacked. His brother hit the jackpot when he sired these gals.