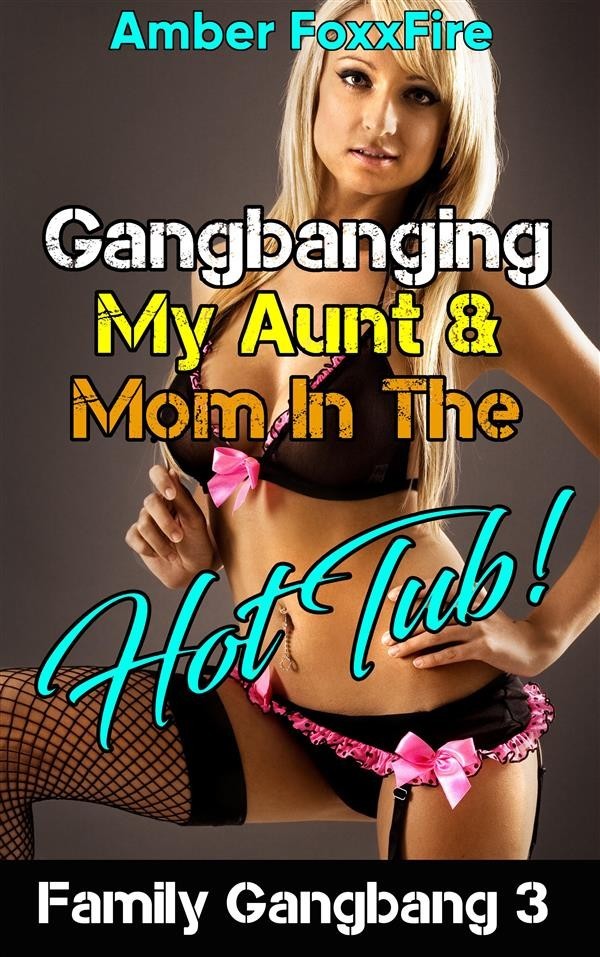 The house was quiet. Too quiet. Where was mom? Where was Aunt Jane?

I found them. They were in the hot tub room making out. Holy shit! What would they do if I threatened to tell dad and uncle Wilbur?

"Mom? Aunt Jane?" I called out to the darkened house. Where the hell was everybody? Their cars were still in the driveway. Dad and Uncle Wilbur had gone to the local watering hole, but where the hell was mom?

I searched everywhere. Mom's room, the restroom. There just wasn't too many places for them to hide. Maybe they were out back. They had to be.

Quietly, in case I was disturbing something, I slipped into the back. At first, there was nothing, but then I heard distant giggling.

I cocked my head and listened, then realized that it was coming from the hot tub room. That was odd.

I crept closer until I was within ear shot.

Then I peeked inside. Holy shit.

My heart hammered in my chest as I saw something that I didn't think I was supposed to see. Mom and Aunt Jane were making out. Fuck! They were sisters. Wasn't that illegal or something?

Without thinking about it, I whipped out my cell-phone and took some pics. This was fucking hot.

That's when I got the bright idea.

My cock tugged in my shorts as I thought about my plan.

I banged open the door. "Aha! What are you two ladies doing?" I belted out, camera phone in hand. I had caught them mid-kiss in the hot tub and they knew they had been discovered.

Both my aunt and mom's faces flushed brightly with their shame.

I showed them the pic and punched a few keys on my phone.

"I'm going to send this to dad and Uncle Wilbur right now. You two ladies should be ashamed of yourselves. How long have you been sinning?"

"No, son..." My mother put her arm on me, but it was my aunt who went a step further. She stood and whispered into my ear.