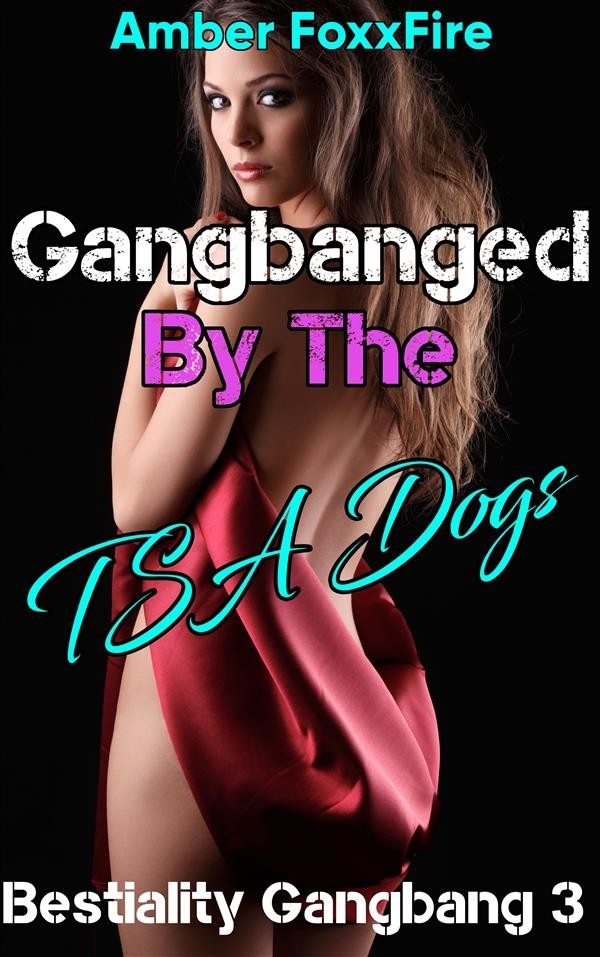 She had no choice but to take them.

It was another typical flight from Dallas to DC. But with my wife, there is never a typical flight. Not since the TSA started using sniffer dogs. See, my lovely wife, Jennifer, has some kind of condition that when she's ovulating - as she is now - her scent drives dogs wild.

There's also another factor. During this time, she can actually get pregnant with a dog's sperm. Personally, I find this hot as hell, but my wife is not so amused. Usually, we try our best to avoid anyplace that might have dogs. But, Aunt Thelma had an accident and we have to make an emergency trip.

We knew exactly what was going to happen the moment we stepped into the airport. We tried to warn security, but they're not exactly the brightest bulbs in the shed - if you know what I mean.

One thing my wife has learned is just to go with it. Let the beasts have their way with her, even if it humiliates the hell out of her. Otherwise, she's fighting forces she has no hope of winning.

She nodded, pushing a lock of hair from her eye. We looked around nervously, but there was no sign of dogs anywhere. I could tell she was sweating bullets, though. I was there as moral support if anything were to happen.

Five minutes turned to ten and just when we thought we were going to get to board unmolested, we heard a bark from down the hall.

"Oh shit!" Jennifer's eyes went wide with fright. Her scent was so powerful that it could be smelled hundreds of feet away. We tested it.

"Do you think they smell me yet?" She whimpered as she hid behind me in line.

I shrugged. "Don't know. Hopefully not. But you know how their noses are."

Sure enough, three strong, burly security dogs came charging straight toward my hapless wife - it looked like a German Shepherd, a Doberman and a Rottweiler. Great.

"Just submit to them, honey!" I shouted over the commotion as the dogs leaped up on her, trying to knock her to the ground.