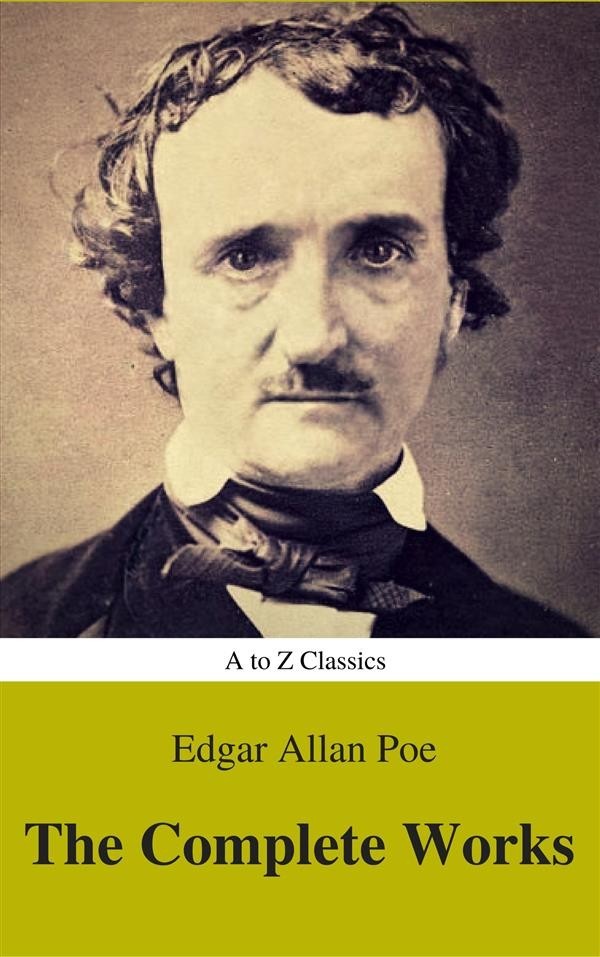 
The first table of contents (at the very beginning of the ebook) lists the titles of all novels included in this volume. By clicking on one of those titles you will be redirected to the beginning of that work, where you'll find a new TOC that lists all the chapters and sub-chapters of that specific work.

The works of American author Edgar Allan Poe (January 19, 1809 – October 7, 1849) include many poems, short stories, and one novel. His fiction spans multiple genres, including horror fiction, adventure, science fiction, and detective fiction, a genre he is credited with inventing.These works are generally considered part of the Dark romanticism movement, a literary reaction to Transcendentalism.Poe's writing reflects his literary theories: he disagreed with didacticism and allegory.Meaning in literature, he said in his criticism, should be an undercurrent just beneath the surface; works whose meanings are too obvious cease to be art.Poe pursued originality in his works, and disliked proverbs.He often included elements of popular pseudosciences such as phrenology and physiognomy.His most recurring themes deal with questions of death, including its physical signs, the effects of decomposition, concerns of premature burial, the reanimation of the dead, and mourning. Though known as a masterly practitioner of Gothic fiction, Poe did not invent the genre; he was following a long-standing popular tradition.