Daddy Made Me Fuck Fido 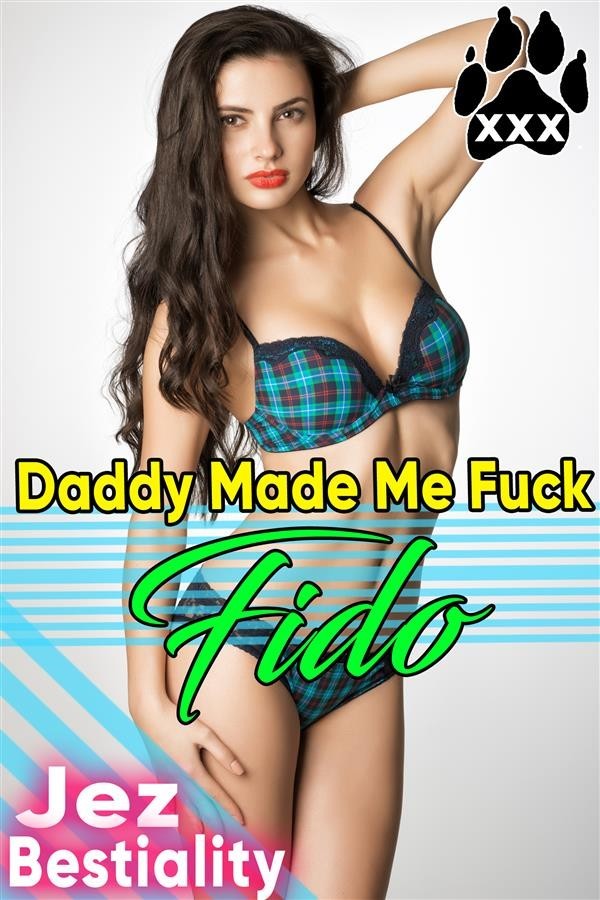 Daddy Made Me Fuck Fido

Bursting in on his daughter making out with the dog, Don decided it was time his daughter learned her lesson. If she wanted to know what sex was all about, who was he to stop her.

Monique glanced around her bedroom as she drew Fido to her, planting her lips on his as if he were a guy. She kissed his muzzle, wondering if she was doing it right as Fido looked at her.

"I don't know what I'm doing, boy." She admitted in a fluttery gasp as she ran her fingers down his neck and chest. "I'm 18 and I'm the only girl on the college campus that hasn't had sex."

She slipped from her clothes, revealing her nude body to his wanton gaze. She giggled, thinking that he might like it. The way he wagged his tail, she was sure he did.

As she snaked her tongue into his mouth, her door banged open, rattling her pictures on the wall. Jumping, she jerked her head around and saw her father barged in.

"What in the fuck are you doing?" He roared, glaring at her.

Monique shook like a whipped puppy under the gaze of its master.

"I…I…" She grasped at straws, attempting to come up with an excuse, but she'd been caught. There was no way out of it.

He strode into the room and jabbed his finger at the big Labrador Retriever, who sat there, panting, looking at him with adoring eyes.

"Don't deny it! You were kissing the dog!" He said in a deep, cold voice as his sapphire eyes flashed over her like blue fire.

Monique felt fire kiss her cheeks as she bowed her head. Her stomach twisted in anticipation of what punishment her father would bestow upon her.

"All right," he sighed bitterly. "I guess it's time you explored and found out what to expect in sex. That's what you were doing, right?"

She nodded, feeling relief rush through her at the knowledge she wouldn't be punished, but allowed to do it with her daddy's dog. Daring to glance up at her father, she saw that he'd sat down a chair.

"Let's see if you know how to do this right." He said as he folded his arms across his chest.