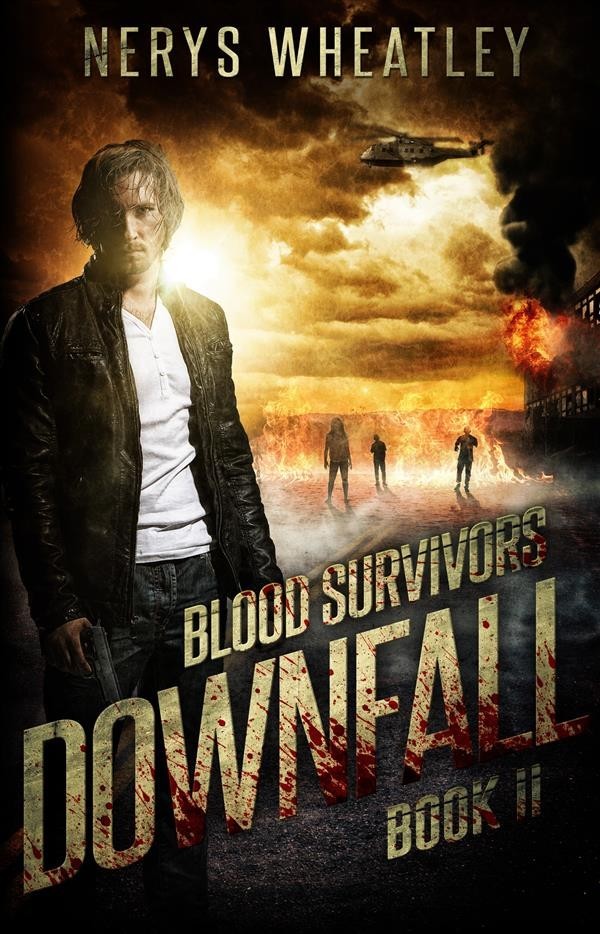 Who controls the horde?

The barriers around the city have fallen and hundreds of thousands of eaters are loose. Slaughtering. Feeding. Their numbers growing as those who escape immediate death are infected.

A desperate plea for help takes Alex and Micah out into the eater-ravaged countryside, where hordes are everywhere and those not in hiding are dead.

Hounded by eaters and waylaid by the angry, the desperate, and the terrified, their difficult journey ultimately leads them into a confrontation with the man responsible for the outbreak. A man who may hold the key to controlling the eater hordes.

But he has his own agenda, and he's not going to let Alex and Micah stop him.

** Downfall is book 2 of the Blood Survivors zombie action horror series. It is NOT a standalone novel. If you want to throw caution to the wind and read it first, go ahead, but you won't understand much of what's going on! Alternatively, you could get Mutation (Blood Survivors book 1) first and read the story in order. It will be more fun that way, I promise!