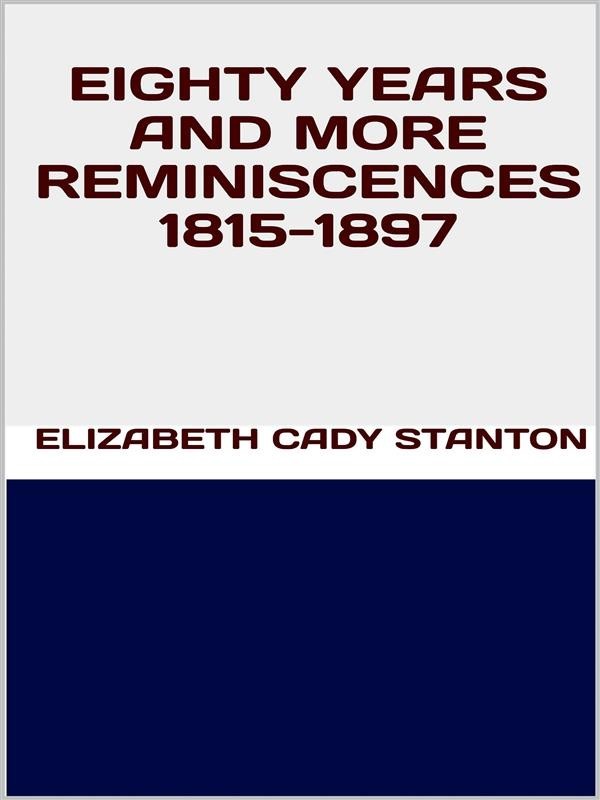 This vivid autobiography by one of the leaders in the fight for woman suffrage is a stirring depiction of the early struggles of American women toward equality. The new introduction and afterword written for the revised edition interpret Elizabeth Cady Stanton’s positions and strategies for today’s readers, detail the significance of the autobiography and situate it within the body of Stanton’s writings and activities, bring current scholarship to the appraisal of her importance, and reflect on the last part of her life. Elizabeth Cady Stanton writes about her life from childhood into her eighties. She recalls the discontent that led her to launch the woman suffrage movement at Seneca Falls in 1848 and the frustration of still having no voice in her own government after a half century of hard work. In lively and opinionated prose, Stanton conveys all the passion that made her a guiding force in the women’s movement. She provides an affectionate picture of her friend and political partner, Susan B. Anthony, and other leaders in the abolitionist and woman suffrage movements. She describes the immeasurable pleasure of winning converts to her cause and the satisfaction of silencing opponents through the force of her argument. Sometimes humorous, sometimes touching, filled with resolve throughout, Eighty Years and More is a compelling portrait of this remarkable leader.