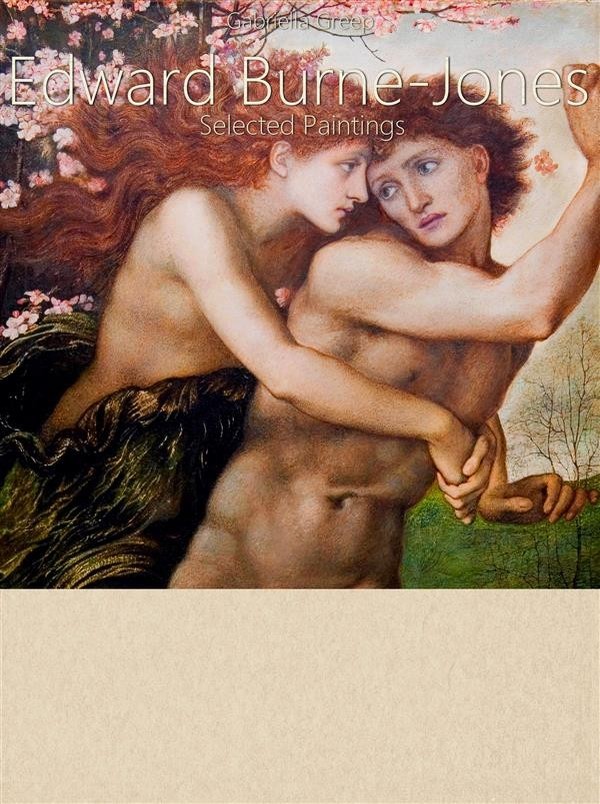 Sir Edward Coley Burne-Jones (1833 – 1898) was a British artist and designer closely associated with the later phase of the Pre-Raphaelite movement, who worked closely with William Morris on a wide range of decorative arts. Burne-Jones's early paintings show the heavy inspiration of Dante Gabriel Rossetti, but by the 1860s Burne-Jones was discovering his own artistic "voice". In 1877, he was persuaded to show eight oil paintings at the Grosvenor Gallery. These included The Beguiling of Merlin. The timing was right, and he was taken up as a herald and star of the new Aesthetic Movement.
In addition to painting and stained glass, Burne-Jones worked in a variety of crafts; including designing ceramic tiles, jewellery, tapestries, mosaics and book illustration, most famously designing woodcuts for the Kelmscott Press's Chaucer in 1896.
Burne-Jones's paintings were one strand in the evolving tapestry of Aestheticism from the 1860s through the 1880s, which considered that art should be valued as an object of beauty engendering a sensual response, rather than for the story or moral implicit in the subject matter. In many ways this was antithetical to the ideals of Ruskin and the early Pre-Raphaelites. No artist was ever more true to his aim. Ideals resolutely pursued are apt to provoke the resentment of the world, and Burne-Jones encountered, endured and conquered an extraordinary amount of angry criticism. Insofar as this was directed against the lack of realism in his pictures, it was beside the point. The earth, the sky, the rocks, the trees, the men and women of Burne-Jones are not those of this world; but they are themselves a world, consistent with itself, and having therefore its own reality. Charged with the beauty and with the strangeness of dreams, it has nothing of a dream's incoherence. Yet it is a dreamer always whose nature penetrates these works, a nature out of sympathy with struggle and strenuous action.