Vices of Convents and Monasteries, Priests and Nuns 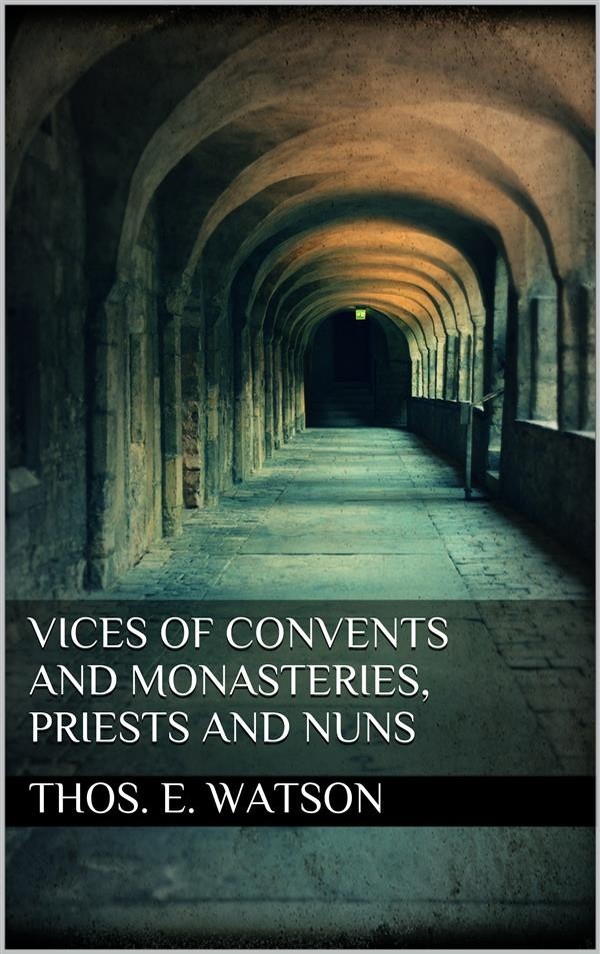 Vices of Convents and Monasteries, Priests and Nuns

When any species of wrong-doing can wear the disguise of righteousness, the blindest among us can see how dangerous that kind of crime may become—how hard to prove, punish and put down. There are immense Arabian plains where nomad robbers have practised their profession, from a time whereof the memory of man runneth not to the contrary; yet those plains and the nomad bands that pitch their tents beneath the Oriental sun remain very much as they were in the days of Abraham. But where robbery has disguised itself as Law, and one class has aimed the law-making machine at the others, saying " Stand and deliver!" whole regions have become deserts, and great peoples have been blotted out. In fact, the highwayman, the cattle-lifter and the pickpocket have never in the least affected the destinies of nations. The pirate and the buccaneer have never been able to destroy the commerce of the seas, beggar provinces, and change noble harbors into neglected pools. It is when the robbers intrench themselves in Parliaments, Reichstags and Congresses, and the robbery takes the form of "Law," that spoliation becomes destructive. Bank laws and money-contraction laws beat down more victims than armies. Protective Tariff "laws," infinitely more ruinous than all the Lafittes and Captain Kidds, drive the American flag from the seas, while on land they make a thousand Rockefellers, Carnegies, Morgans, Guggenheims, McCormicks and Armours, at the same time that they are casting millions of the despoiled out of house and home.