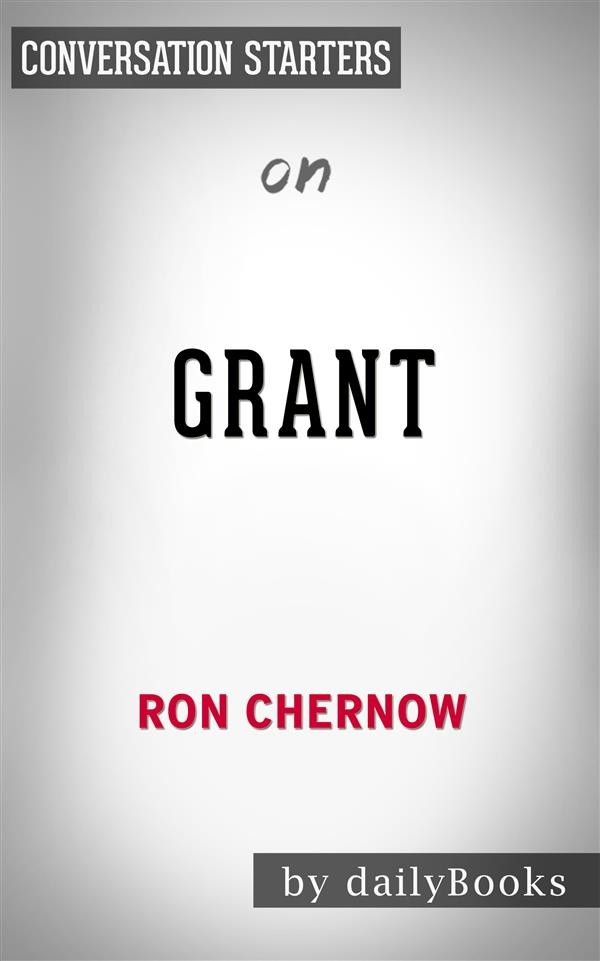 Grant by Ron Chernow is the Pulitzer Prize-winning author's latest biography. Grant is the story of Ulysses S. Grant. Chernow hopes that he will dispel the way Grant is commonly seen – as a loser, a failure, and an alcoholic – through his biography. Ulysses S. Grant hit a period of bad luck before the Civil War. He struggled to create a successful business, and he was somewhat forced to resign from the Army after rumors about his drunkenness spread. When the Civil War occurred, Grant released he had the potential to be something great. He entered the war as a recruiter since he was the only person in his area with military experience. Soon, he was climbing through the ranks of the Army, eventually becoming Lieutenant General. Grant successfully defeated Robert E. Lee and got him to surrender. Almost overnight, Grand went from down on his luck to successful military leader. His career and life are extraordinary, and Chernow believes they should be celebrated.
Grant by Ron Chernow was nominated for the Goodreads Choice Award in History and Biography in 2017. In 2018, it was nominated for the Andrew Carnegie Medal in the Nonfiction category.