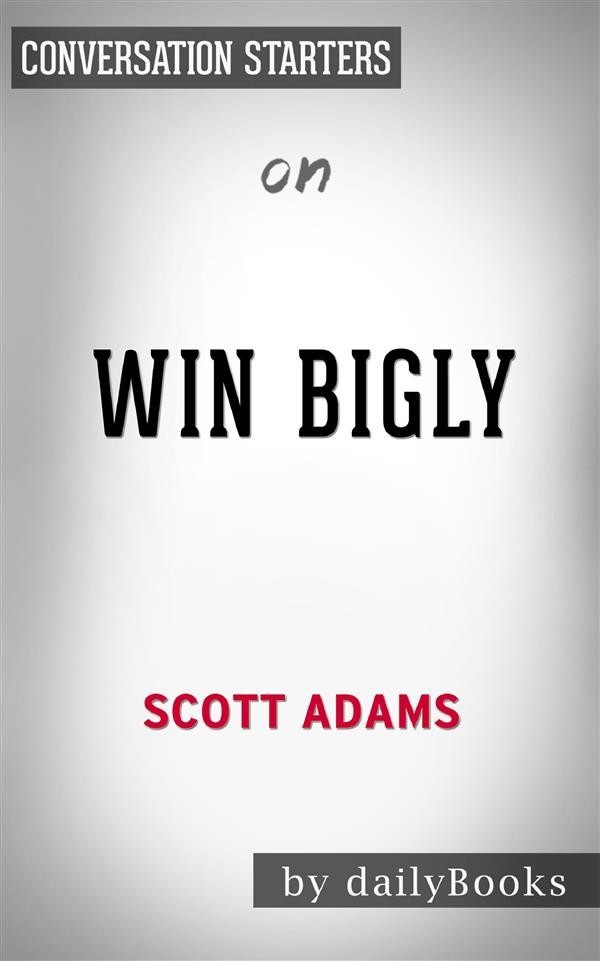 “Win Bigly: Persuasion in a World Where Facts Don’t Matter” is a book written by Scott Adams. It comes on the heels of “How to Fail at Almost Everything and Still Win Big: Kind of the Story of my Life”, which was released in 2013. The main topic of the book is said to be persuasion, though the entire book refers to the 2016 Presidential election campaigns – specifically that of Donald Trump. Persuasion, in all its forms, are detailed in length throughout this book. The good, the bad, and the ugly forms – and how to properly utilize them in life, in competition, in an election.