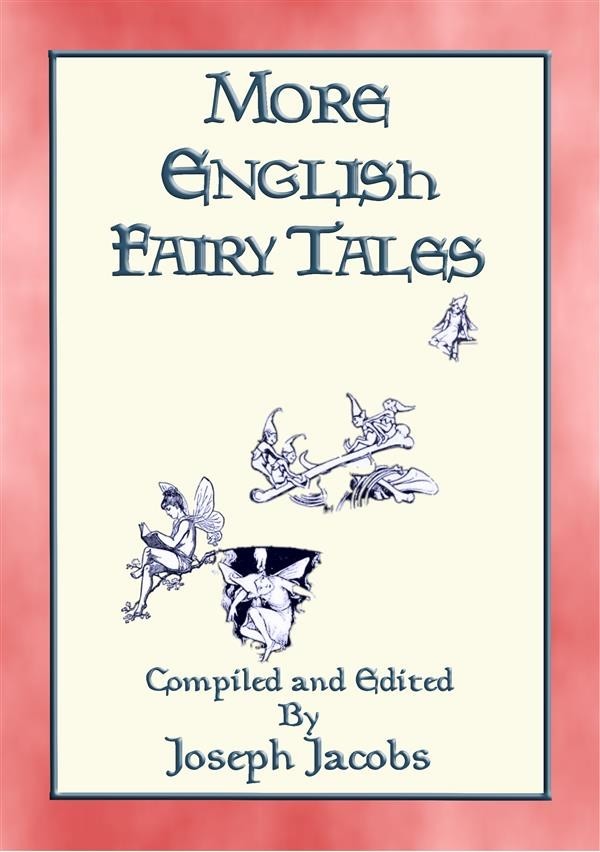 Joseph Jacob’s first volume—English Fairy—did not exhaust the scanty remains of traditional English folktales. He retained those he did not use and most of the 44 illustrated tales that appear in More English Fairy Tales had never before appeared in print.
Many of these 44 tales were recorded verbatim from storytellers. Stories like Tattercoats, Yallery Brown, The Three Feathers, Sir Gammer Vans, A Pottle O' Brains, Old Mother Wiggle-Waggle and many, many more. Some will be familiar and others less so, but all are nonetheless captivating.

In compiling More English Fairy Tales Joseph Jacobs flouted the Florklorist’s creed, choosing to present stories that would fill children's imaginations “with bright trains of images”, vividly painted princesses, Pied Pipers, pots of gold, giants, speaking cats, Kings, Hoybahs, wise men, washerwomen, and more overflow from this volume - all bound by the common threads of basic moral lessons. Academics of the day would say they are by no means in an authorised form, and even use a mix of archaic and colloquial English. Maybe so, but the effect is justified.

In the times following Jacob’s original printing in 1894, the literary establishment objected to the use of such archaic colloquialisms. However, these tales have been told for generations in a form that used local dialects and colloquial words for effect. This traditional form makes these stories all the richer in a modern setting.