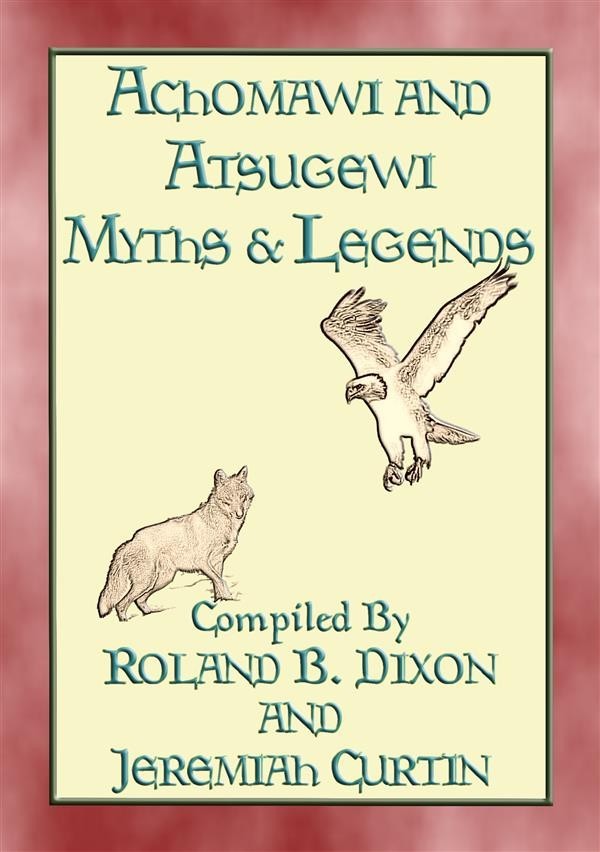 Ask anyone anywhere in the world to name an American Indian tribe and the names “Apache” or “Cheyenne” immediately come to mind. We have Hollywood to thanks for this. But ask where in the world the Achomawi or the Atsugewi can be found and you will most likely be given blank stares – unless of course if you are a resident of northern California, northern Nevada or maybe Southern Oregon. Both tribes form part of the Shastan stock, of which the Shasta are perhaps the best-known members.

In this volume you will find 17 of their tales. Stories like The Search For Fire, The Creation Myth, The Making Of Daylight, Loon Woman, Hawk Man, Pine Marten And The Bead Sisters and more. So download a copy and settle down in a comfy armchair and explore the folklore, myths and legends of these relatively unknown American Indian tribes.

THE myths and tales in this volume were secured during the summers of 1900 and 1903 by Roland B. Dixon, while engaged in work among the tribes of northeastern California for the Huntington Expedition of the American Museum of Natural History. Some were secured in text, but nearly half were obtained only in brief form in English.

The last myths were gathered by Jeremiah Curtain from the Atsugewi, or Hat Creek Indians, the remainder from the Achomawi or Pit River tribe.

10% of the profit from the sale of this book will be donated to Charities.