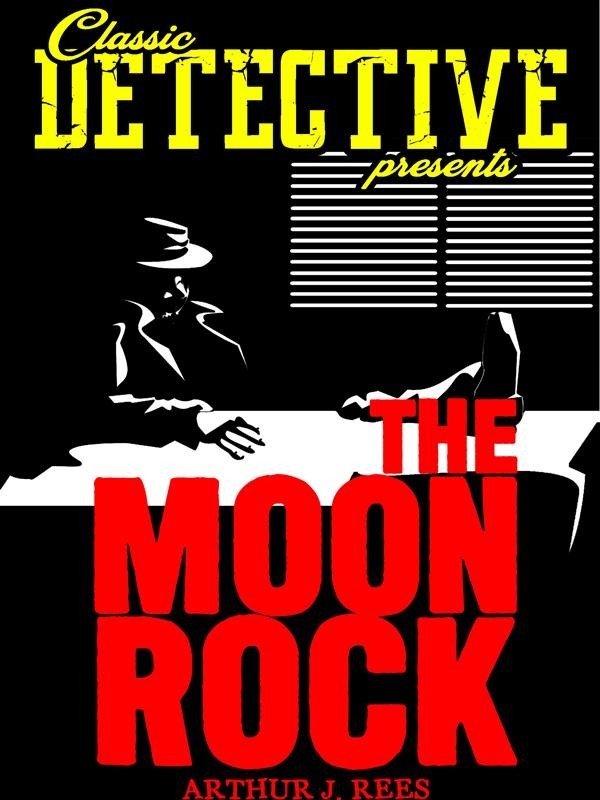 "The Moon Rock" (1922) is Australian mystery writer Arthur J. Rees' locked-room conundrum. In fact, the room -- the murder scene -- not only is locked from the inside, but also two hundred feet up the cold wall of Flint House. And the house looms on the edge of a cliff in Cornwall. Slip, and a falling body would strike the pale Moon Rock and its legend of doomed love. "A lonely, weird place," Scotland Yard's Det. Barrant sums it up, and that's even before he finds out what happened. The deceased is Robert Turold, a bitter and silent man obsessed with proving his noble linage and claim to a great estate. At last, he succeeds -- only to be found dead in the locked room, shot in the chest. Suicide? Barrant suspects not. The house is full of suspects: servants, relatives, a lovely daughter with a ruinous secret. Rees knew all the conventions of a mystery novel -- he wrote more than twenty -- and how to set the table with plenty of red herrings. But the question is more than who-done-it. Tension builds, too, on the identity of the Moon Rock's next victim. The one word to describe "The Moon Rock" is, literally: Cliffhanger.