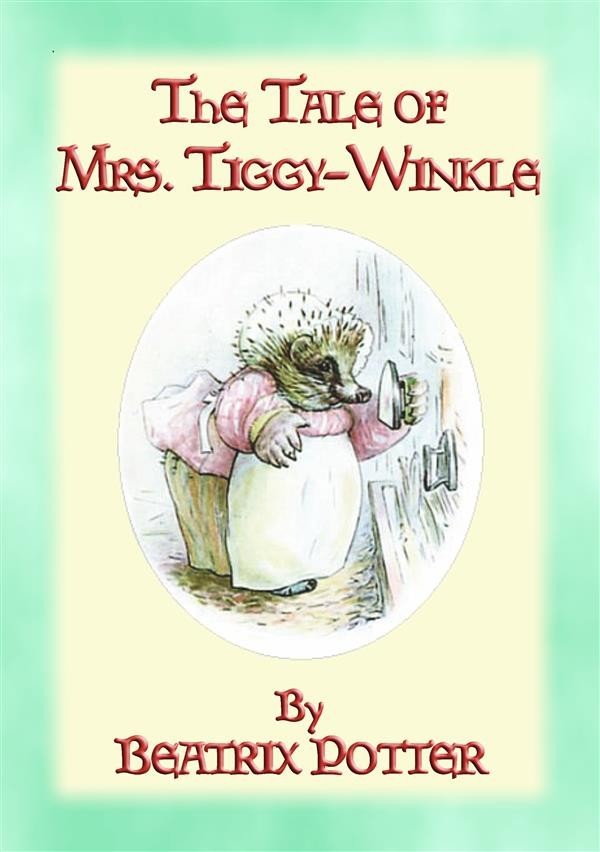 The Tale Of Mrs Tiggy-Winkle is a children's story written and illustrated by Beatrix Potter. Mrs. Tiggy-winkle is a hedgehog washerwoman who lives in a tiny cottage in the fells of the Lake District. A child named Lucie happens upon the cottage and stays for tea. The two deliver freshly laundered clothing to the animals and birds in the neighbourhood. Potter thought the book would be best enjoyed by girls, and, like most girls' books of the period, it is set indoors with a focus on housework.

Potter's pet hedgehog, Mrs. Tiggy-winkle, and Kitty MacDonald, a Scottish washerwoman, were the inspirations for the eponymous heroine. Lucie Carr, a child friend of Potter's, was the model for the fictional Lucie. Potter's Peter Rabbit and Benjamin Bunny make cameo appearances in the illustrations. The Newlands Valley and the surrounding fells are the sources for the backgrounds in the illustrations.