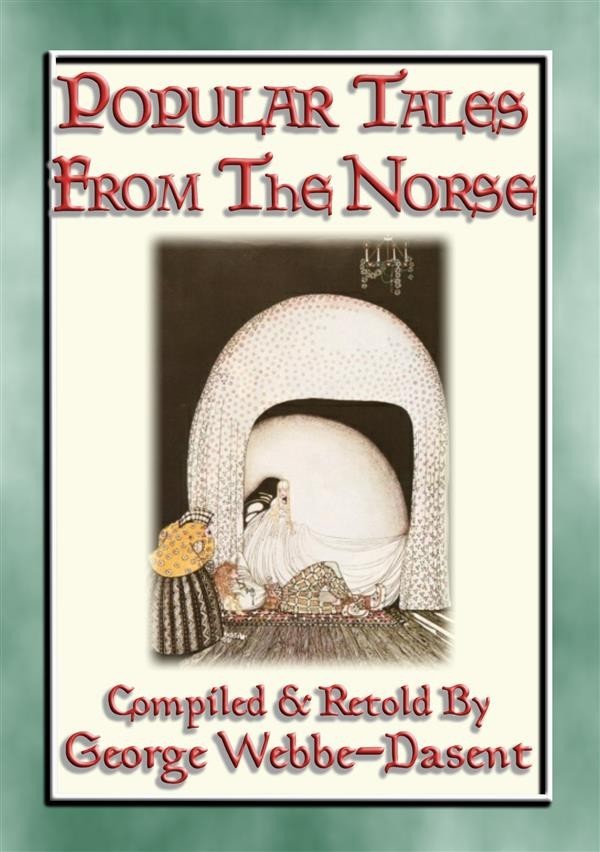 This is a volume of 59 Scandinavian folk tales collected over time by Asbjörnsen and Moe and translated into English by Sir George Webbe-Dasent. This is not a volume of Norse mythology per se; so if you are looking for tales of Odin, Thor, Loki, etc., we would refer you to a volume entitled The Children of Odin. Rather, this volume is more fairy and far less Viking in nature. This is an anthology of 59 Norse-themed folk and fairy tales, similar to those collected by the Grimm Brothers, or those found in Andrew Lang’s Many Coloured Fairy Books. In the 59 tales in this volume, all of the usual suspects are in place, including princes, princesses, fools, peasants who achieve seemingly impossible tasks, giants, trolls, elves, witches, evil step-siblings, magical boons, and anthropomorphic animals and beings, all making for a magical volume of Northern Folk and Fairy Tales.

The introduction is exceptionally well written, and places various magical and other themes from the tales into the context of the ancient Norse Pagan beliefs.
Once past the introduction, the prose directly addresses young people and young adults, and the delightful stories can be appreciated by readers of all ages. But be warned, despite these tales being magical in character, these are tales from an era when political correctness did not exist. In the words of the translator, “the person who, in such a work, wilfully changes or softens the meaning, is as guilty as they "who put bitter for sweet, and sweet for bitter."

So join with us and venture back in time to an age when the world still had a connection to the ethereal. A time when magic was still believed to exist and a time when Trolls, Elves, Nidhogg, Vargr and other magical beings still roamed the earth.

10% of the net profit from the sale of this book will be donated to Charities.