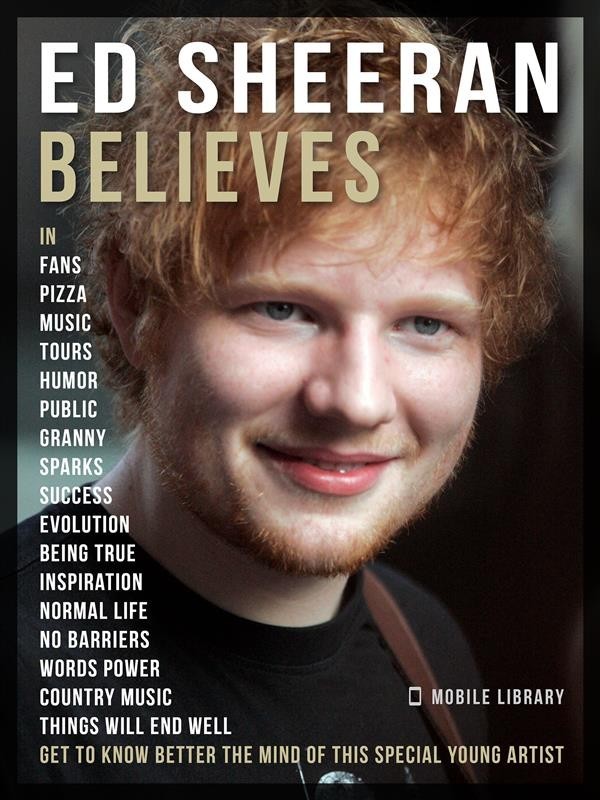 Many years after Halifax, West Yorkshire, where Edward Christopher Sheeran was born in 17 February 1991, he is now a well know English singer, songwriter, guitarist, record producer and even an actor (he made a small participations as a Lannister soldier on Game of Thrones).

But is as a singer that he got the world attention. His albums with very singular names, the debut album, + (read as "plus") released in September 2011, the second studio album, x (read as "multiply"), in June 2014 and Sheeran's third album, ÷ (read as "divide"), in March 2017 made a road to the top of the charts in many country.

But the success has not changed much the way Ed Sheeran lives, he remains a simple person that want people to do good and be well, maybe one the reasons so many people, from very different ages, like not only of the artist but specially of the person he his.

Get to know better the personality of this young artist in this curated selection that we have collected of his best quotes.