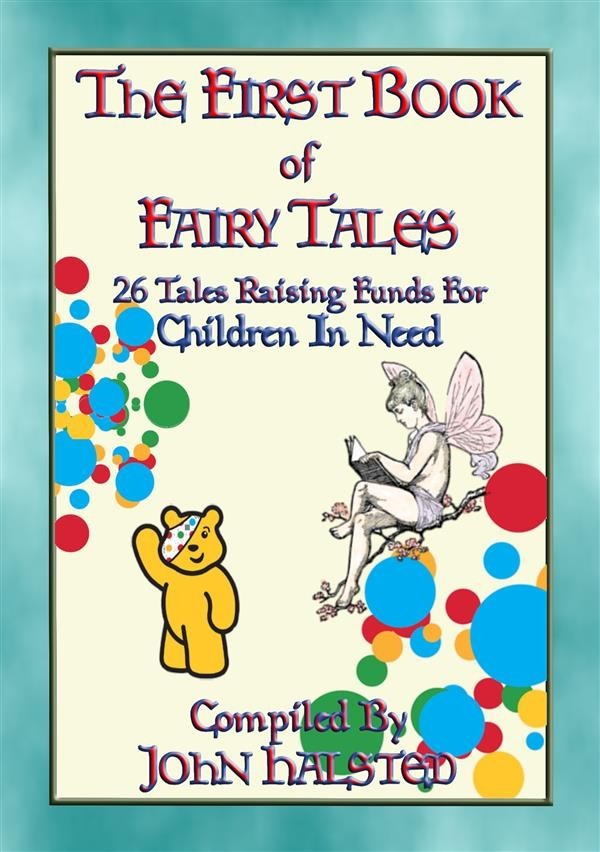 The 26 stories and poems in this volume raising funds for the appeal are
Tom Tit Tot - English
King O'toole And His Goose  - Irish
The Origin Of Loch Ness - Scottish
The Widow And Her Daughters - Scottish
Fair, Brown And Trembling - Irish
The Perfidious Vizier - Arabian
The Frog's Skin – Rep. of Georgia
Turtle-Dove, Sage-Cock And The Witch  - American Indian
A Story About A Giant And The Cause Of Thunder – West Africa
The Parrot's Song  - Armenian poem
The Emperor Tenchi – Japanese poem
The Beggar King - Israeli
The Foolish, Timid Rabbit – Jataka Tale
Cradle Song – Armenian poem
The Charmed Ring - India
The Thirteenth Son Of The King Of Erin - Celtic
The Minister Michi-Nobu Fujiwara – Japanese poem
The Monkey’s Fiddle – Kalahari Bushmen
The Daughter Of The Rose - Romania
The Gypsy And The Dragon – Bukowina Gypsy
How The Sacred Duck Got His Yellow Breast - Tibet
The Story Of Gelert - Wales
Why The Kingfisher Always Wears A War Bonnet – American Indian
How Sun, Moon, And Wind Went Out To Dinner - India
Twas The Night Before Christmas – Viking Version
The Tail - Celtic

The words 'Fairy Tales' must be taken to include tales in which something 'fairy', something extraordinary occurs -- fairies, giants, dwarfs, speaking animals. Mostly it is the comical stupidity of some of the actors, as is so common in moral tales.

In buying this book you will be giving in more than one way. Once to the Children in Need appeal and again, to yourself, as you read and enjoy stories not read for many a year. But should you perchance happen to read these stories to your children, nieces and nephews or grand-children, you will be giving yet again. 50% of the profit from the sale of this book will be donated to the appeal.
So take some time out and travel back to a period before television, or even radio for that matter, when families would gather around a crackling and spitting hearth and granddad or grandma  or an uncle or aunt would delight and captivate their audience with stories passed on to them from their mothers, fathers and grandparents.
===============
TAGS: Folklore, fairy tales, myths, legends, children’s stories, bedtime, fables, lore, Children in Need, Appeal, Tom Tit Tot, English, King O'toole, Goose, Ireland, Origin Of Loch Ness, Scotland, Widow, Daughters, Fair, Brown, Trembling, Perfidious Vizier, Arabia, Frog's Skin, Turtle-Dove, Sage-Cock, Witch, Giant, Cause Of Thunder, West Africa, Parrot's Song, Armenia, Emperor Tenchi, Beggar King, Jewish, Foolish, Timid Rabbit, Cradle Song, Charmed Ring, Thirteenth Son, King Of Erin, Celtic, Minister, Fujiwara, Japan, Monkey’s Fiddle, Jataka, Daughter, Rose, Romania, Gypsy, Dragon, Sacred Duck, Yellow Breast, Tibet, Gelert, wales, Kingfisher, War Bonnet, American Indian, Sun, Moon, Wind, Out To Dinner, India, Night Before Christmas, Viking, Tail