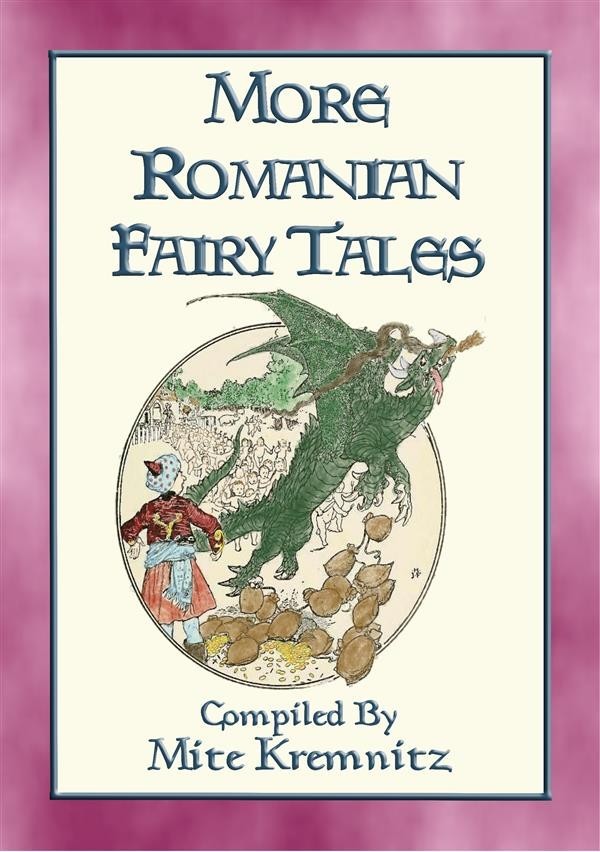 This collection of 18 Romanian folk and fairy tales contains translations of tales from Romanian which, however, comprise but a small portion of the inexhaustible treasure that exists in the nation. While the originals are scattered throughout Romanian literature this volume is an excellent companion to “Roumanian Fairy Tales and Legends” ISBN: 978-8-827544-00-6 which contains a further 15 children’s tales from Romania.

Given Romania’s long and diverse cultural history, it is no surprise that the country has such a rich heritage of folk tales, fairy tales, and legends. It is also fortunate that so many of these stories survived the country’s turbulent history and were passed down throughout the ages to countless Romanian children and are now retold here. The exquisite stories in this volume are:
Stan Bolovan
The Wonderful Bird
The Twins With the Golden Star.
Youth Without Age and Life Without Death
The Little Purse with two Half-pennies
Mogarzea and His Son
Cunning Ileane
The Princess and the Fisherman
Little Wild-Rose
The Voice of Death
The Old Woman and the Old Man
The Pea Emperor
The Morning Star and The Evening Star
The Two Step-Sisters
The Poor Boy
Mother's Darling Jack
Tellerchen
The Fairy Aurora

In approximately 82 BC, the rule of the Dacian kings was replaced by the Romans, who, in turn, were forced out by the Goths, layer supplanted by the Huns a;; by the 4th C. BC. After this, a sequence of nomadic rulers, including the Gepids, the Avars, the Bulgars, the Pechenegs, and the Cumans, ruled the area.

By the Middle Ages, Romanians lived in three distinct principalities: Wallachia, Moldavia, and Transylvania, which were later ruled by the Austro-Hungarian and Ottoman empires. In 1859, Moldavia and Wallachia united under Prince Alexandru Ioan Cuza, but it was not until the end of WWI, in 1918, that Bessarabia, Bukovina and Transylvania proclaimed unions with the Kingdom of Romania and the modern state of Romania was born.