THE DIGGERS - The Australians in France 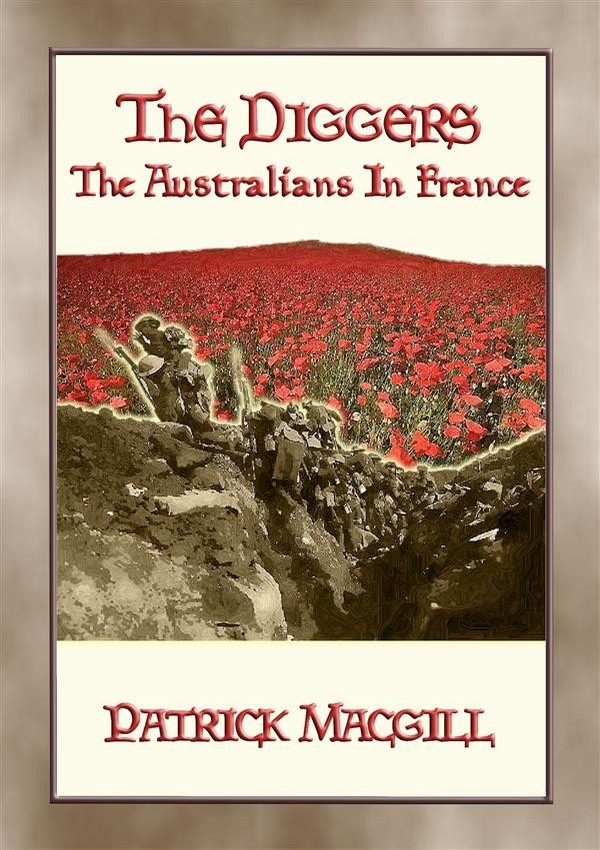 THE DIGGERS - The Australians in France

In this small ebook, are but nine chapters which give an Australian perspective of their time spent on the Western Front in France.
The imperishable deeds of the Commonwealth’s glorious soldiers, least of all the Australians, or Diggers, have carved for themselves a deep niche in the topmost towers of the Temple of the Immortals. The story of the valour of the Diggers will live throughout the ages, and future generations of Australians will speak of them as we do of all the heroic figures of antiquity. Their valour has covered Australia with a lustre that shines throughout the world, so that her name, which in 1914 was little known, by 1918 had become a household word in the mouths of all the peoples of the earth.

The Great War made Australia—a young community without traditions—a nation, acutely and proudly conscious of its nationality. Upon that day some hundred years gone, when in the grey of early dawn the first Australian soldier leapt upon an unknown shore and in the face of a murderous fire scaled the heights of Gaba Tepe—a feat of arms almost unparalleled in the history of war—the young Australian Community put on the toga of nationhood, and in one stride entered on a footing equal to any other nation in the family of free nations of the earth. Gallipoli—scene of that most glorious attempt which though falling short of the promised success, lost nothing of its greatness—thy name is and forever will be held sacred to all!

When Gallipoli had been given up as a forlorn hope, the soldiers of the Commonwealth were relocated to Europe’s Western Front, when in the Spring of 1918 the great German offensive pressed back and by force of numbers broke through the sorely tried British line, the Australian divisions were hurried down from the North and rushed up to stem the German armies.

The story of the battles fought by the Australians before Amiens is amongst the most thrilling in the history of this great world conflict. Here the fate of civilization was decided. The great German army, marching along the road in column of route, like the armies of Napoleon a hundred years before,  reached the crest of high land overlooking Amiens, and with but a few miles between them and the key to Paris, were held up by a veritable handful of Australians, later reinforced as the rest of the Divisions came to hand. It was the turning of the tide; the fighting raged around Villers-Bretonneux, but the car of the German Juggernaut rolled forward no more. An impassable barrier had been set up beyond which the enemy could not pass. But the young soldiers of Australia, not satisfied with arresting his onward march, began to force the Hun back; at first slowly, and then faster and faster, until in the great offensive of August 8, when along with four Divisions of Canadians and two British, they swept him back in headlong rout, nor gave him pause until breaking through the vaunted Hindenburg line they stood victorious at Beaurevoir.

The deeds of these brave men will remain forever fresh in the minds of the Commonwealth and Allied nations. Australia has reason to be proud of her war effort; she has done great things; but she has paid a great price. That a small community of just five million recruited and sent 330,000 men twelve thousand miles across the seas, is a great thing. The number dead—57,000—with total casualties—289,723—show how great the price Australia paid for Liberty.

Indeed, it was the “new” colonies of South Africa, New Zealand, Australia and Canada which paid a heavy price in war dead. It would only be another 21 years before they would be asked to pay yet again.