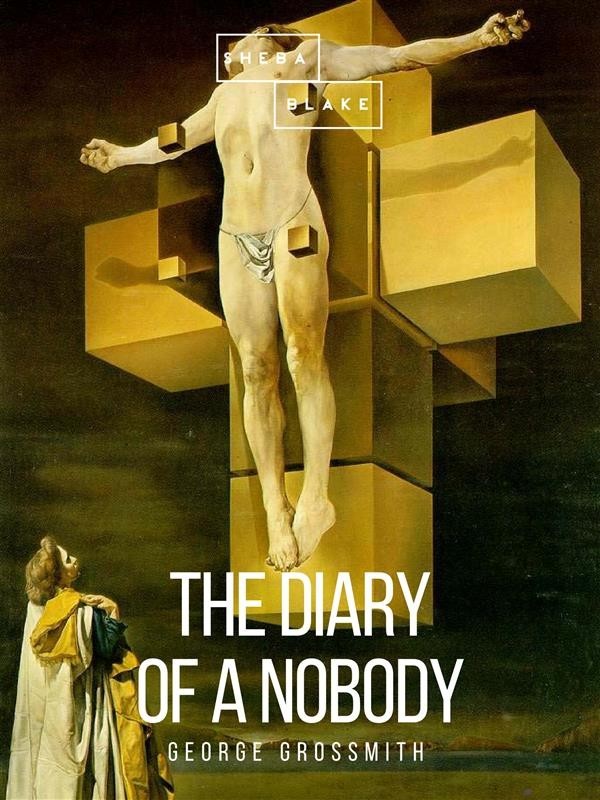 The Diary of a Nobody is an English novel written by George Grossmith.

The Diary records the daily events in the lives of a London clerk, Charles Pooter, his wife Carrie, his son Lupin, and numerous friends and acquaintances over a period of 15 months. Before their collaboration on the Diary, the brothers each pursued successful careers on the stage. George originated nine of the principal comedian roles in the Gilbert and Sullivan operas over 12 years from 1877 to 1889. He also established a national reputation as a piano sketch entertainer and wrote a large number of songs and comic pieces. Before embarking on his stage career, Weedon had worked as an artist and illustrator.

The Diary was the brothers' only mature collaboration. Most of its humour derives from Charles Pooter's unconscious and unwarranted sense of his own importance, and the frequency with which this delusion is punctured by gaffes and minor social humiliations. In an era of rising expectations within the lower-middle classes, the daily routines and modest ambitions described in the Diary were instantly recognised by its contemporary readers, and provided later generations with a glimpse of the past that it became fashionable to imitate. Although its initial public reception was muted, the Diary came to be recognised by critics as a classic work of humour, and it has never been out of print. It helped to establish a genre of humorous popular fiction based on lower or lower-middle class aspirations, and was the forerunner of numerous fictitious diary novels in the later 20th century.

The Diary has been the subject of several stage and screen adaptations, including Ken Russell's "silent film" treatment of 1964, a four-part TV film scripted by Andrew Davies in 2007, and a widely praised stage version in 2011, in which an all-male cast of three played all the parts.