The weight of air - colored comic and short novel 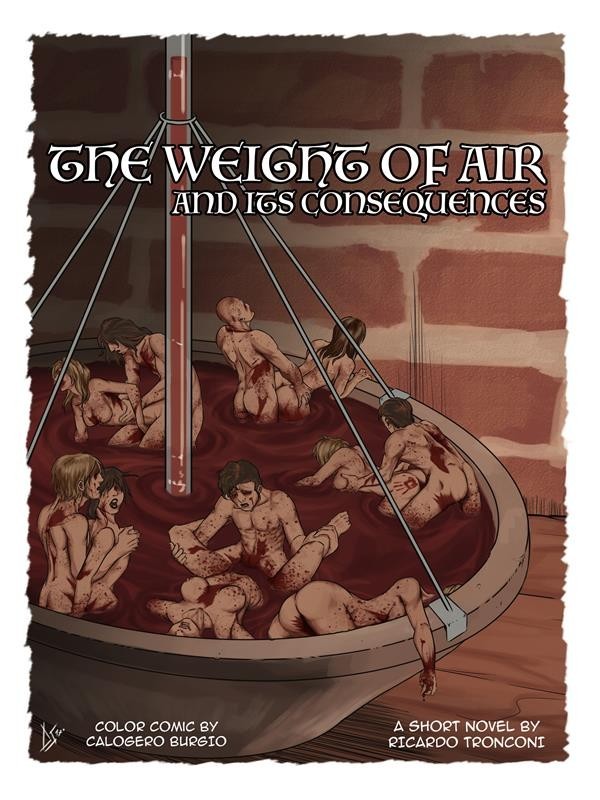 The weight of air - colored comic and short novel

A freaky and uncanny narrator, insane in appearance, yells a hopeless warning to readers: they must go away while they still can! The story he's about to report is exceptionally gruesome and, most of all, dangerous... Long before, in a wonderful Lombard Manor, the corpses of three people were found viciously mangled by the blade of a knife. The condition of the dead bodies, belonging to the architect of the Manor, Violet, his girlfriend Mary Ella and the buyer's son Manuel, had been allocated to Violet himself presumably in a jealous rage, having caught the two cheating lovers in the act and then killing himself after the vicious deed. Nonetheless, the bloody curtain seems to re-open three centuries later on another soon-to-be-married couple living in that same house: a dear friend of our narrator's, Casqual, and his fiancee Q. Ella Meri. These two, after inviting the narrator and his bride-to-be to the mansion, along with an old Professor and his wife and two more friends, delight in building a scenario of what really might have happened a long time before and wondering how the murky persona of a lutist, inventor of “the countervailed lyre”, a peculiar instrument able to measure the weight of air, might have shaken up the situation. In a whirlwind of betrayals, dangerous erotic games, secret doors and lies, an even wider bloody shadow expands over the characters of this story, until the beginning melts with the end and the horrific initial warning no longer appears so absurd and senseless. Will you manage not to die...of fright? The weight of air is waiting for you, carrying all its consequences.