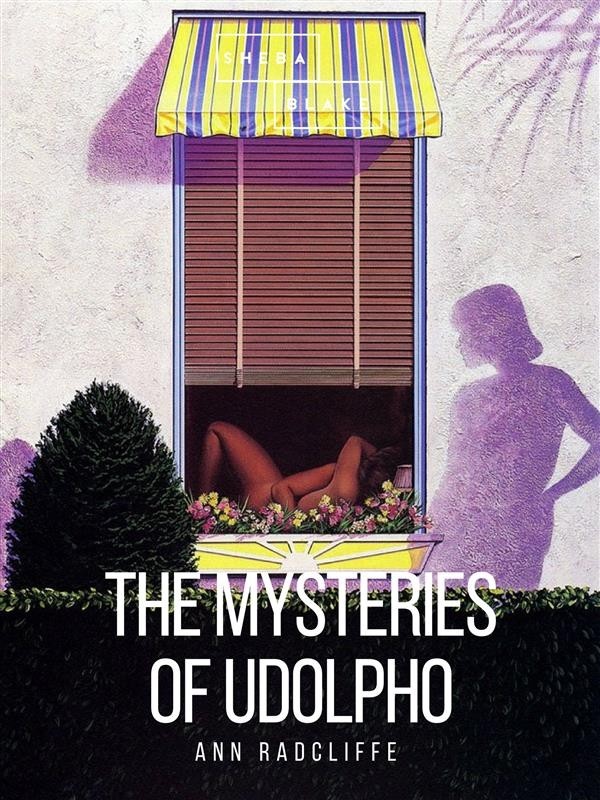 The Mysteries of Udolpho is a novel written by Ann Radcliffe.

The Mysteries of Udolpho follows the fortunes of Emily St. Aubert, who suffers, among other misadventures, the death of her father, supernatural terrors in a gloomy castle and the machinations of an Italian brigand. Often cited as the archetypal Gothic novel, The Mysteries of Udolpho, along with Radcliffe's novel The Romance of the Forest, plays a prominent role in Jane Austen's novel Northanger Abbey, in which an impressionable young woman, after reading Radcliffe's novel, comes to see her friends and acquaintances as Gothic villains and victims with amusing results.

The Mysteries of Udolpho is a quintessential Gothic romance, replete with incidents of physical and psychological terror; remote, crumbling castles; seemingly supernatural events; a brooding, scheming villain; and a persecuted heroine. Modern editors point out that only about one-third of the novel is set in the eponymous Gothic castle, and that the tone and style vary markedly between sections of the work. Radcliffe also added extensive descriptions of exotic landscapes in the Pyrenees and Apennines, and of Venice, none of which she visited and for details of which she relied on contemporary travel books, leading to the introduction of several anachronisms.

Set in 1584 in southern France and northern Italy, the novel focuses on the plight of Emily St. Aubert, a young French woman who is orphaned after the death of her father. Emily suffers imprisonment in the castle Udolpho at the hands of Signor Montoni, an Italian brigand who has married her aunt and guardian Madame Cheron. Emily's romance with the dashing Valancourt is frustrated by Montoni and others. Emily also investigates the mysterious relationship between her father and the Marchioness de Villeroi, and its connection to the castle at Udolpho.