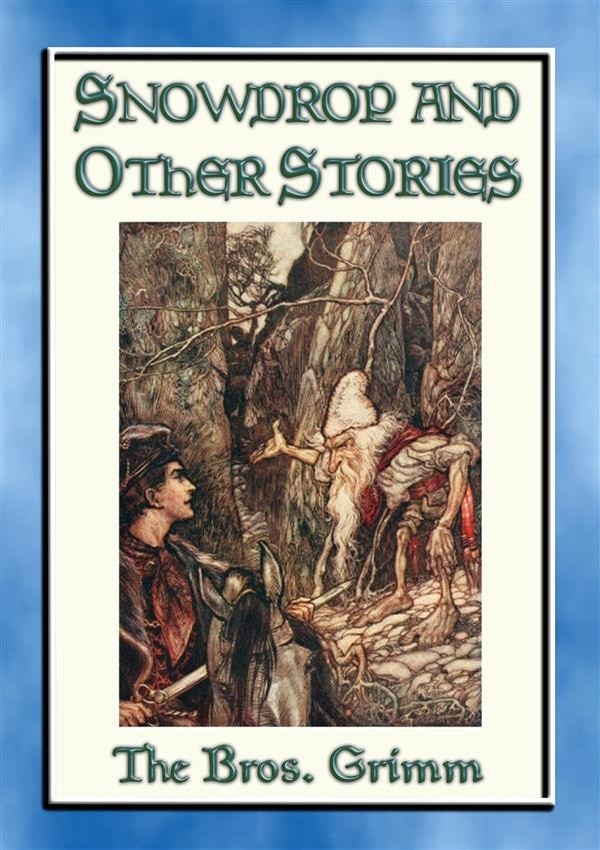 This volume of 30 folk and fairy tales was compiled by the Grimm Brothers over a century ago.
The tales are brought to life by the 20 colour plates and 28 pen and ink illustrations by the master illustrator – Arthur Rackham, whose work was years ahead of his contemporaries and is more than sufficient to spark the imagination of young readers. If you’ve ever wondered where the Hollywood’s 3D augmented reality animators get their inspiration from, look no further than the works of Arthur Rackham.

Some of the stories in this volume will be the familiar Western stock which have been around for years like The Elves And The Shoemaker, The Goose Girl (the Little Goose Girl), The Golden Goose, also known as The Goose that Laid the Golden Egg. Conversely, some tales will be totally unfamiliar and may seem like you have made a new discovery – and why not, for these are only a sliver in the massive library of European folk and fairy tales. While some of the story names may seem unfamiliar, the stories may not be, for example: Ashenputtel is the German name for Cinderella, and  Briar Rose and Snowdrop were renamed Sleaping Beauty and Snow White and the Seven Dwarves respectively by Disney in the late 1930’s and the names has been with us ever since.

But don’t expected these stories to be the modern sanitised versions which flicker across the silver screen. These are the originals which were designed to equip children with morals and to teach them the lessons of life.

The stories in this volume are:
Snowdrop
The Pink
Briar Rose
The Bule Among The Thorns
Ashenputtel
The White Snake
The Wolf And The Seven Kids
The Queen Bee
The Elves And The Shoemaker
The Wolf And The Man
The Turnip
Clever Hans
The Three Languages
The Fox And The Cat
The Four Clever Brothers
The Lady And The Lion
The Fox And The Horse
The Blue Light
The Goosegirl
The Golden Goose
The Water Of Life
Clever Grethel
The King Of The Golden Mountain
Doctor Know-All
The Seven Ravens
The Marriage Of Mrs. Reynard
The Salad
The Youth Who Could Not Shudder
King Thrushbeard
Iron Hans

So download this eBook and sit back with a steaming hot beverage and be prepared to be entertained for hours.