MANX FAIRY TALES - 45 Children's Stories from the Isle of Mann 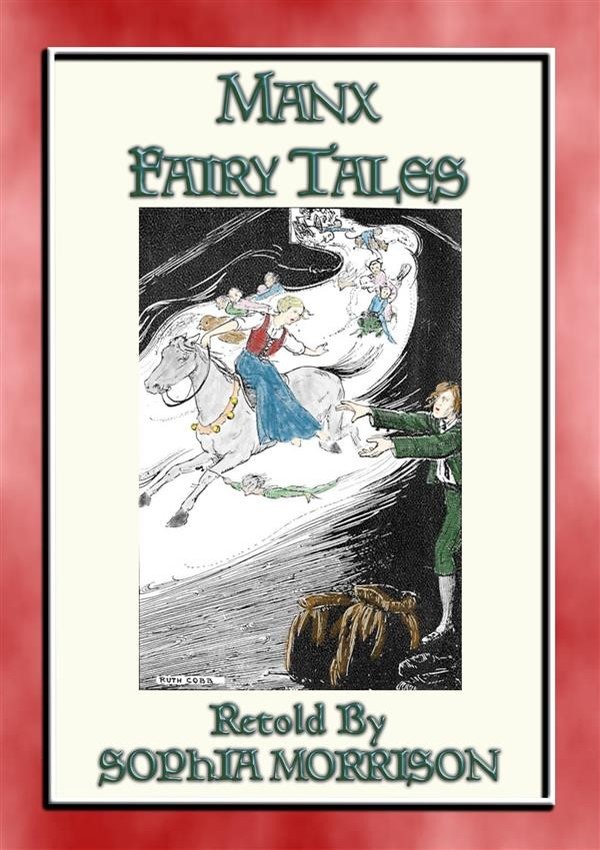 MANX FAIRY TALES - 45 Children's Stories from the Isle of Mann

THERE is at least one spot in the world where Fairies are still believed in, and where, if you look in the right places, they may still be found, and that is the little island from which these stories come Elian Vannin, or the Isle of Mann.

But they are never called Fairies by the Manx, instead  they are called the Little People. These Little People are not the tiny creatures with wings who flutter about in many European Fairy tales, but they are small persons from two to three feet in height, much like Ireland’s leprechauns – and why not? Ireland is but a ferry-ride away across the Irish Sea.

Herein are 45 fairy and folk tales about the other-worldly, Little People of the Isle of Mann. The stories in this volume are:
Themselves
The Buggane  Of Glen Meay Waterfall
How The Manx Cat Lost Her Tail
The Making Of Mann
The Coming  Of Saint Patrick
How The Herring Became King Of The Sea
The Silver Cup
The Child Without A Name
The Fairy Doctor
Joe Moore’s Story  Of Finn Maccooilley  And The Buggane
The Fynoderee – An Old Song
The Fynoderee Of Gordon
The Lhondoo And The Ushag-Reaisht
Billy Beg, Tom Beg, And The Fairies
The Lazy Wife
The Mermaid Of Gob Ny Ooyl
The Lost Wife Of Ballaleece
Smereree
Kebeg
The Fairy Child  Of Close Ny Lheiy
The Little Footprints
The Tall Man Of Ballacurry
Ned Quayle’s Story Of The Fairy Pig
Scene: A Village
Kitterland
Teeval,  Princess Of The Ocean
The Wizard’s Palace
The Enchanted Isle
Three Stories About Birds
The Moddey Doo  Or The  Black Dog Of Peel Castle
Little Red Bird
Tehi Tegi
John-Y-Chiarn’s Journey
A Bad Wish
The Witch  Of Slieu Whallian
The Old Christmas
The Buggane  Of St. Trinian’s
King Magnus Barefoot
Manannan Mac Y Leirr
The Cormorant  And The Bat
Caillagh-Ny-Faashagh,  Or The Prophet Wizard
The City Under Sea
An Ancient Charm  Against The Fairies

It is said the little people of Mann wear red caps and green jackets and are very fond of hunting indeed they are most often seen on horseback followed by packs of little hounds of all the colours of the rainbow. They are rather inclined to be mischievous, and sometimes spiteful, and that is why they are called by such good names, in case they should be listening!

If you look hard enough, you may also find the Fynoderees and the Bugganeswho are totally different to the Little People..

So download this eBook and sit back with a steaming hot beverage and be prepared to be entertained for hours.