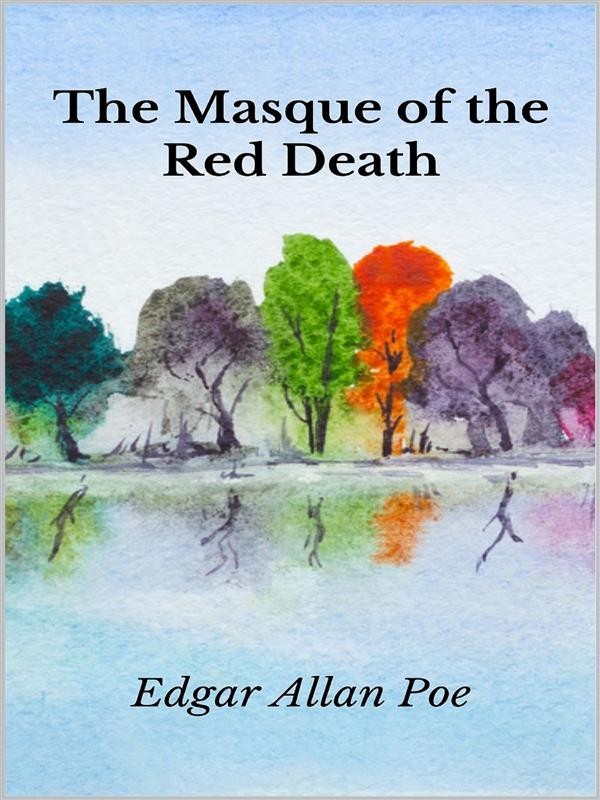 A terrible plague, the Red Death, is devastating a district and Prince Prospero, a man of happy and reckless spirit, realizes that his lands are depopulated (many died because of the plague, or simply escaped to avoid contagion). The man then decides to retire together with a thousand friends and courtiers in his palace, so as to avoid contagion. Inside the building the occupants joyfully spend the days, with music and buffoons, and after five months of isolation the prince decides to hold a masked ball. Seven rooms are then set up, each of a different color: blue, purple, green, orange, white, purple, black. The participants are concentrated in the first six and avoid the last one because it is too dark. During the celebration of the party a mysterious figure appears among the guests, who wears a bloodstained shroud and a mask depicting the face of a corpse. The figure crosses all seven rooms between the bewilderment of those present, who step aside to avoid touching it. When he finishes his walk Prospero, recovered and outraged by what he believes a horrible joke, he runs to meet the newcomer with the intention of killing him, but before reaching him he falls to the ground without life. Only then can the bystanders remove the costume from the mysterious guest, but they realize that there is nothing underneath it: it is the Red Death, managed to enter the palace. The occupants fall dead one after the other, and the Red Death establishes his kingdom on the whole district and on the now dark and desolate building.