The Lovers Assistant; Or, New Art of Love 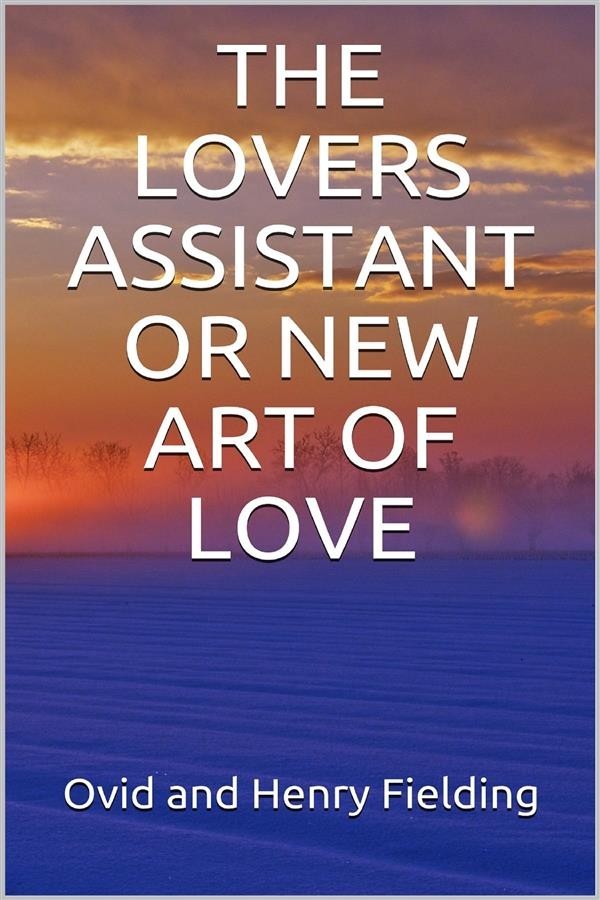 The Lovers Assistant; Or, New Art of Love

The publishing history of this translation has been sketched by Cross, in his History of Henry Fielding, and may simply be summarized here. The first edition, entitled Ovid's Art of Love Paraphrased and Adapted to the Present Time (or Times) was first issued in February, 1747, and was advertised in the Gentleman's and Scots Magazines in that month. During March, further advertisements appeared in the London Magazine and the St. James Evening Post. The most extensive notice ran, however, in Fielding's own Jacobite Journal (No. 15), where it served as basis for a detailed comparison between the art of love and the art of Jacobitism. Of this 1747 anonymous, original edition no copy is known. In 1759, the work was reissued in London and Dublin, under the title The Lover's Assistant, and again in London in 1760. Meanwhile, advertisements for the original edition, as by Henry Fielding, had been run by the publisher, Andrew Millar, in 1754 and 1758. Inasmuch as Millar apparently still had unsold sheets in 1758, the 1759 edition may comprise these sheets with new title pages and prefatory matter necessary because of Fielding's death in 1754. At any rate, the "modern instances" referred to by the author of the 1759 Preface are not too modern to have been written in 1747. There has been no reprint since 1760. The present text is printed from the 1760 edition, collated with a copy of the 1759 issue. The Latin text, which in the original faces the English, is omitted. Notes keyed by letters and asterisks appear in the original; it will be noted that Fielding's notes combine scholarly and facetious remarks; he frequently used footnotes for comic effect, especially in the translation of the Plutus of Aristophanes in which he collaborated.