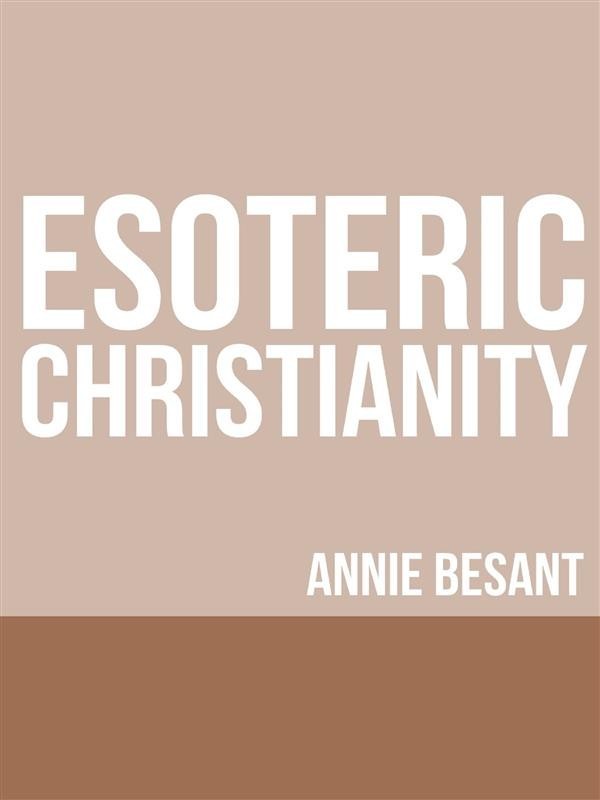 The object of this book is to suggest certain lines of thought as to the deep truths underlying Christianity, truths generally overlooked, and only too often denied. The generous wish to share with all what is precious, to spread broadcast priceless truths, to shut out none from the illumination of true knowledge, has resulted in a zeal without discretion that has vulgarised Christianity, and has presented its teachings in a form that often repels the heart and alienates the intellect. The command to "preach the Gospel to every creature"—though admittedly of doubtful authenticity—has been interpreted as forbidding the teaching of the Gnosis to a few, and has apparently erased the less popular saying of the same Great Teacher: "Give not that which is holy unto the dogs, neither cast ye your pearls before swine." This spurious sentimentality—which refuses to recognise the obvious inequalities of intelligence and morality, and thereby reduces the teaching of the highly developed to the level attainable by the least evolved, sacrificing the higher to the lower in a way that injures both—had no place in the virile common sense of the early Christians. S. Clement of Alexandria says quite bluntly, after alluding to the Mysteries: "Even now I fear, as it is said, 'to cast the pearls before swine, lest they tread them underfoot, and turn and rend us.' For it is difficult to exhibit the really pure and transparent words respecting the true Light to swinish and untrained hearers."