An Essay on Demonology, Ghosts and Apparitions, and Popular Superstitions - Also, an Account of the Witchcraft Delusion at Sale 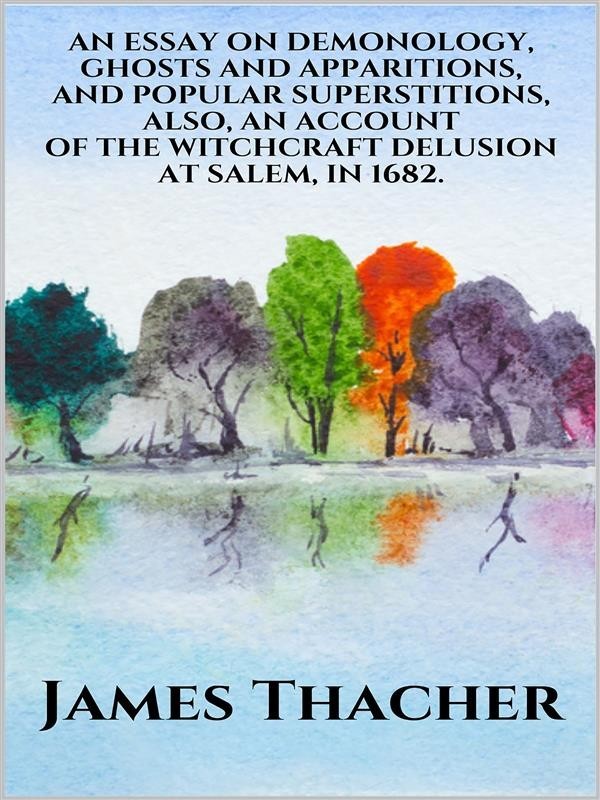 An Essay on Demonology, Ghosts and Apparitions, and Popular Superstitions - Also, an Account of the Witchcraft Delusion at Sale

“Superstition, is a word of very extensive signification, but for the purpose of this work, the word applies to those who believe in witchcraft, magic, and apparitions, or that the divine will is decided by omens or auguries; that the fortune of individuals can be affected by things indifferent, by things deemed lucky or unlucky, or that disease can be cured by words, charms, and incantations. It means, in short, the belief of what is false and contrary to reason. Superstition arises from, and is sustained by ignorance and credulity in the understanding. The subject of supernatural agency and the reality of witchcraft, has been the occasion of unbounded speculation, and of much philosophical disquisition, in almost all nations and ages. While some of the wisest of men have assented to their actual existence and visible appearance, others equally eminent have maintained the opinion that the supposed apparitions are to be accounted for on the principle of feverish dreams and disturbed imaginations. That our Creator has power to employ celestial spirits as instruments and messengers, and to create supernatural visions on the human mind, it would be impious to deny. But we can conceive of no necessity, at the present day, for the employment of disembodied spirits in our world; we can hold no intercourse with them, nor realize the slightest advantage by their agency. To believe in apparitions is to believe that God suspends the law of nature for the most trivial purposes, and that he would communicate the power of doing mischief, and of controling his laws to beings, merely to gratify their own passions, which is inconsistent with the goodness of God.” Unity of good (extracted from the work).