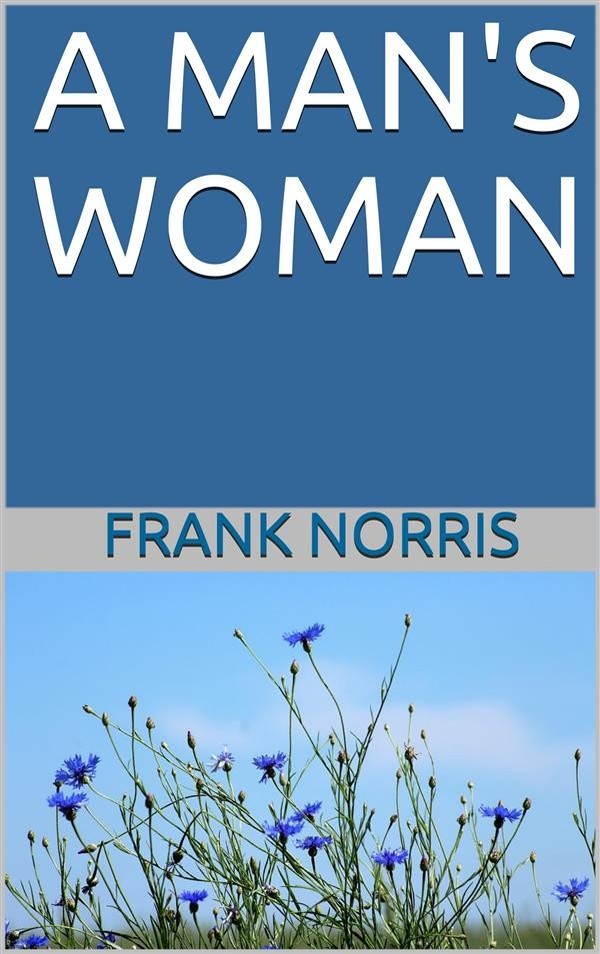 A Man's Woman is an adventure novel by Frank Norris written in the year 1900. It is a story that primarily follows two characters, Bennett and Lloyd, and the unlikely love that blossoms between them. It is one of three romantic novels by this author who typically wrote about more serious topics. The story opens with Ward Bennett, an explorer of extraordinary will, and his men making an attempt to reach the North Pole, enduring brutal hardships. Many of the men die slow, painful deaths, and they all would have had a boat not stumbled across them. However, when they arrive back home, Bennett and his surviving men are greeted with a heroes welcome. At this point the attention of the novel shifts to Lloyd Searight, a young, attractive girl, who works as a nurse, despite being independently wealthy. The reader discovers that Lloyd and Bennett have mutual feelings for each other, although neither one has ever expressed these feelings. Ferriss, Bennett's closest friend. contracts typhoid fever, and Lloyd is in charge of nursing him. Fearing that she will contract the disease, Bennett refuses to let Lloyd come near Ferriss, and as a result, Ferriss dies. Lloyd refuses to speak to Bennett, and they both enter into a time of deep despair. However, when Bennett comes down with the same disease, Lloyd is forced to nurse him, and they eventually reconcile, and marry. At this point, Lloyd gives up nursing, Bennett gives up exploring, and they go live in the country together while Bennett works on a book, both for a while very happy with their situation. However, after talking with Bennet's man Alder, who does work around the house, Lloyd realizes that it is Bennett's calling, his duty to America, to lead the first expedition to the north pole. The book ends with him setting off, while Lloyd rather proudly watches him go.