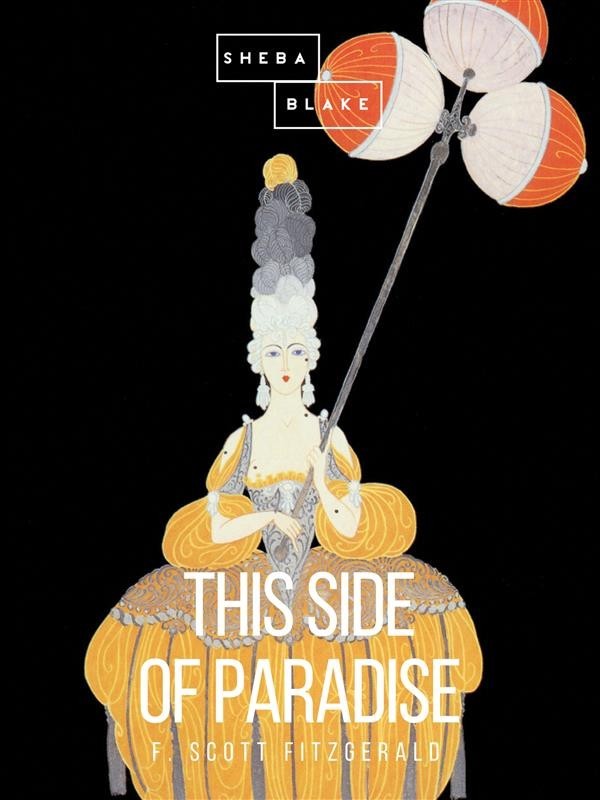 This Side of Paradise is the debut novel by F. Scott Fitzgerald.

Its protagonist, Amory Blaine, is an attractive Princeton University student who dabbles in literature. The novel explores the theme of love warped by greed and status seeking. The novel famously helped F. Scott Fitzgerald gain Zelda Sayre's hand in marriage due to its success. The book is written in three parts. "Book One: The Romantic Egotist"—The novel centers on Amory Blaine, a young Midwesterner who, convinced that he has an exceptionally promising future, attends boarding school and later Princeton University. He leaves behind his eccentric mother Beatrice and befriends a close friend of hers, Monsignor Darcy.

While at Princeton he goes back to Minneapolis, where he re-encounters Isabelle Borgé, a young lady whom he had met as a little boy, and starts a romantic relationship with her. At Princeton he repeatedly writes ever more flowery poems, but Amory and Isabelle become disenchanted with each other after meeting again at his prom.

"Interlude"—Following their break-up, Amory is shipped overseas, to serve in the army in World War I. (Fitzgerald had been in the army himself, but the war ended while he was still stationed on Long Island.) Amory's experiences in the war are not described, other than to say later in the book that he was a bayonet instructor. "Book Two: The Education of a Personage"—After the war, Amory falls in love with a New York debutante named Rosalind Connage. Because he is poor, however, this relationship collapses as well; Rosalind decides to marry a wealthy man, instead. A devastated Amory is further crushed to learn that his mentor Monsignor Darcy has died. The book ends with Amory's iconic lament, "I know myself, but that is all".