A BELL AND THE POWER OF KARMA - A Japanese Fairy Tale 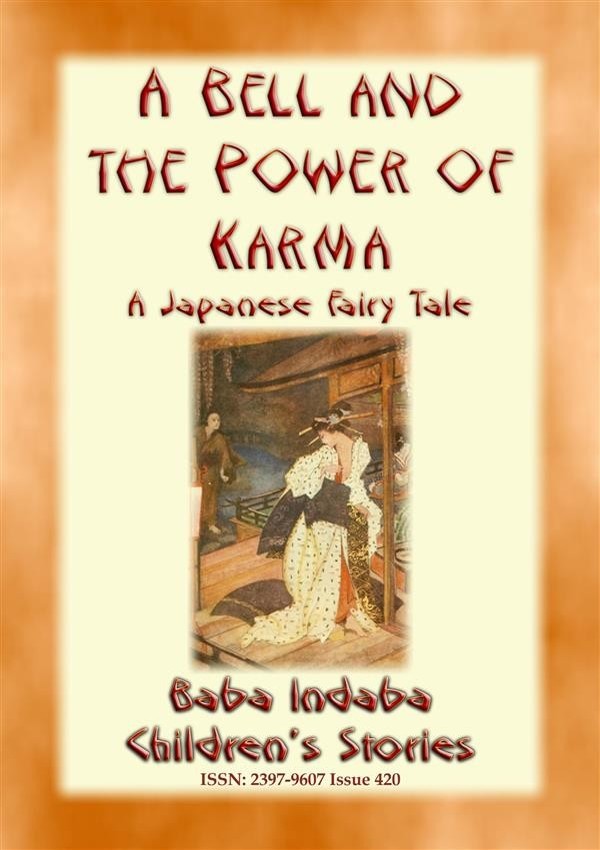 A BELL AND THE POWER OF KARMA - A Japanese Fairy Tale

ISSN: 2397-9607 Issue 420
In this 420th issue of the Baba Indaba’s Children's Stories series, Baba Indaba narrates the Japanese Fairy Tale "A BELL AND THE POWER OF KARMA”.
A long, long time ago in far, far away Japan, a fair maiden, named Kiyo, worked in a tea house called the Dragon’s Claw. On the opposite side of the river was a Buddhist temple where the abbot and a number of priests lived a simple and devout life.
One of the young priests happened to see the maiden working in the tea house and despite his prayers and meditations he couldn’t get her out of his mind. His burning love grew so intense that it was not long before he stifled his religious feelings, broke one of the temple rules, and entered the forbidden tea-house.
Night after night he broke his vows and secretly visited the tea house. The power of Karma and the teachings of Buddha struggled within his breast. It was a fierce conflict, but in the end passion was vanquished.
Well, what happened next you ask…? Well many things happened. To find the answers to this question, and others you may have, you will have to download and read this story and find out for yourself!
INCLUDES LINKS TO DOWNLOAD 8 FREE STORIES
Baba Indaba is a fictitious Zulu storyteller who narrates children's stories from around the world. Baba Indaba translates as "Father of Stories".
BUY ANY of the 420+ BABA INDABA CHILDREN’S STORIES at https://goo.gl/65LXNM
10% of the profit from the sale of this book will be donated to charities.
Each issue also has a "WHERE IN THE WORLD - LOOK IT UP" section, where young readers are challenged to look up a place on a map somewhere in the world. The place, town or city is relevant to the story. HINT - use Google maps.