A Cynic Looks at Life 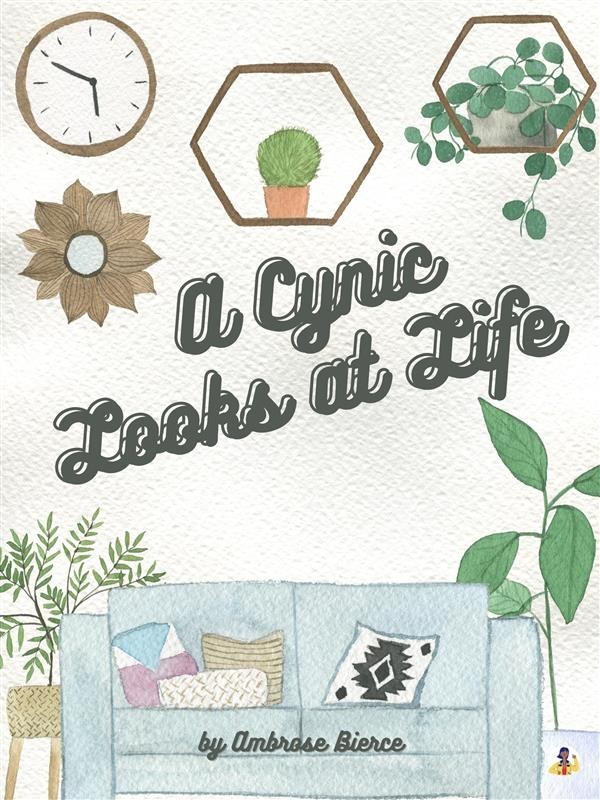 A Cynic Looks at Life

A Cynic Looks at Life is an essay written by Ambrose Bierce. Misanthropes, grumps, and the hopelessly jaded will relish every ruthlessly witty word of Ambrose Bierce's essay collection A Cynic Looks at Life. Bierce unleashes his jaundiced eye and incisive insight on a number of topics that are still as resonant as they were at the time of the book's 1912 publication.

Ambrose Bierce (June 24, 1842 – 1914) was an American Civil War soldier, wit, and writer. Bierce's book The Devil's Dictionary was named as one of "The 100 Greatest Masterpieces of American Literature" by the American Revolution Bicentennial Administration. His story An Occurrence at Owl Creek Bridge has been described as "one of the most famous and frequently anthologized stories in American literature"; and his book Tales of Soldiers and Civilians (also published as In the Midst of Life) was named by the Grolier Club as one of the 100 most influential American books printed before 1900.

A prolific and versatile writer, Bierce was regarded as one of the most influential journalists in the United States. For his horror writing, Michael Dirda ranked him alongside Edgar Allan Poe and H.P. Lovecraft.” as a pioneering writer of realist fiction. His war stories influenced Stephen Crane, Ernest Hemingway, and others, and he was considered an influential and feared literary critic. In recent decades Bierce has gained wider respect as a fabulist and for his poetry. In December 1913, Bierce traveled to Chihuahua, Mexico, to gain first-hand experience of the Mexican Revolution. He disappeared, and was rumored to be traveling with rebel troops. He was never seen again.