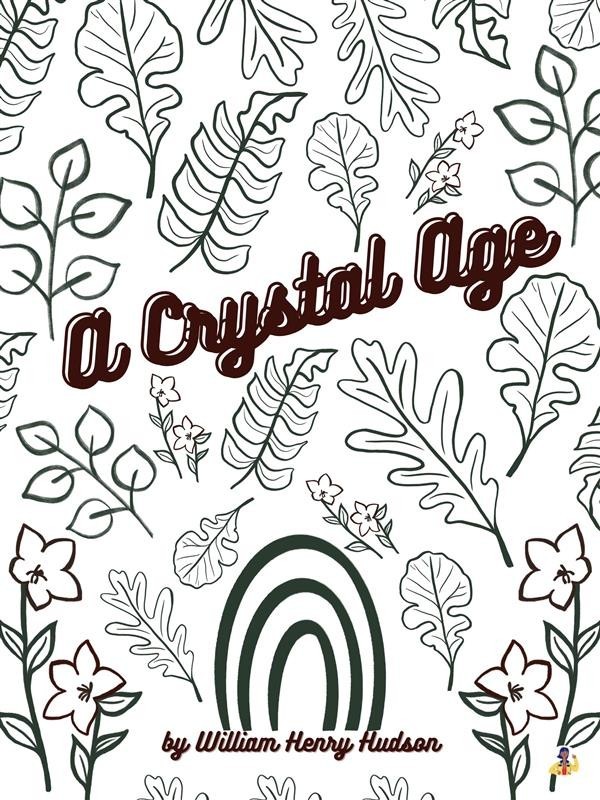 A Crystal Age is one of the earliest science-fiction novels which deals with a utopia of the distant future. The first-person narrator, a traveler and naturalist, wakes to find himself buried in earth and vegetation. He comes across a community of people who live in a mansion together, under a foreign set of rules and cultural assumptions. He falls desperately in love with a girl from the community, but the very basis of their utopia forbids his ever consummating his desires.

William Henry Hudson (4 August 1841 – 18 August 1922) was an author, naturalist, and ornithologist. Hudson was born in the borough of Quilmes, now Florencio Varela of the greater Buenos Aires, in Buenos Aires Province, Argentina. He was the son of Daniel Hudson and his wife Catherine née Kemble, United States settlers of English and Irish origin. He spent his youth studying the local flora and fauna and observing both natural and human dramas on what was then a lawless frontier, publishing his ornithological work in Proceedings of the Royal Zoological Society, initially in an English mingled with Spanish idioms. He had a special love of Patagonia.

Hudson settled in England during 1874, taking up residence at St Luke's Road in Bayswater. He produced a series of ornithological studies, including Argentine Ornithology (1888–1899) and British Birds (1895), and later achieved fame with his books on the English countryside, including Hampshire Day (1903), Afoot in England (1909) and A Shepherd's Life (1910), which helped foster the back-to-nature movement of the 1920s and 1930s. It was set in Wiltshire and inspired James Rebanks' 2015 book The Shepherd's Life about a Lake District farmer.