A Critical History of Greek Philosophy 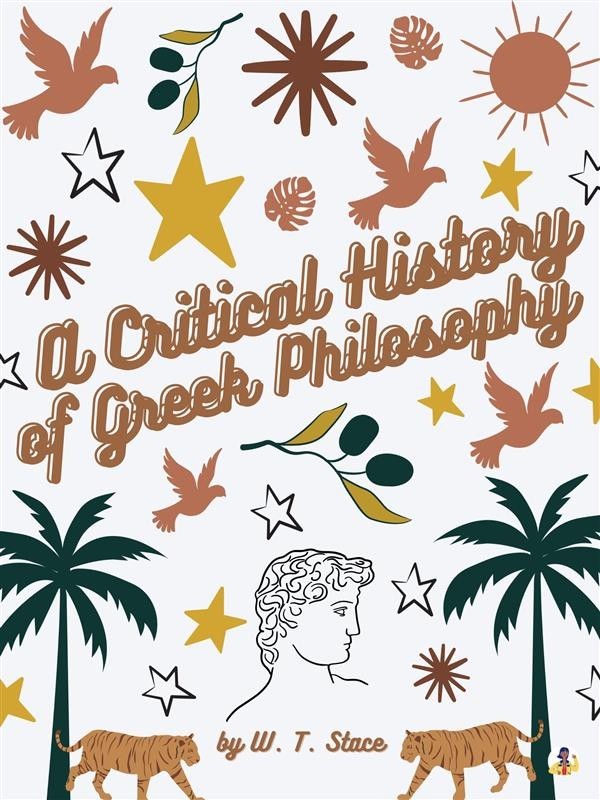 A Critical History of Greek Philosophy

A Critical History of Greek Philosophy is written by W. T. Stace. Virtually every aspect of the modern Western worldview has its roots in the remarkably diverse body of philosophy that emerged from a small patch of land in the Mediterranean thousands of years ago. This volume offers an overview of the highlights of ancient Greek philosophy, as well as an historical account of the lives of many of the scholars and thinkers who helped shaped it.

W. T. Stace (17 November 1886 – 2 August 1967) was a British civil servant, educator, public philosopher and epistemologist, who wrote on Hegel, mysticism, and moral relativism. He worked with the Ceylon Civil Service from 1910-1932, and from 1932-1955 he was employed by Princeton University in the Department of Philosophy. He is most renowned for his work in the philosophy of mysticism, and for books like Mysticism and Philosophy (1960) and Teachings of the Mystics (1960).

These works have been influential in the study of mysticism, but they have also been severely criticised for their lack of methodological rigor and their perennialist pre-assumptions. Stace's first 4 books - A Critical History of Greek Philosophy (1920), The Philosophy of Hegel: A Systematic Exposition (1924), The Meaning of Beauty (1929), and The Theory of Knowledge and Existence (1932) - were all published while he was employed by the Ceylon Civil Service.

After these early works, his philosophy followed the British empiricist tradition of David Hume, G.E. Moore, Bertrand Russell and H.H. Price. However, for Stace, empiricism did not need to be confined to propositions which it is possible to demonstrate. Instead, our common sense beliefs find support in two empirical facts: (1) men’s minds are similar (2) men co-operate with each other, with the aim of solving their common problems.