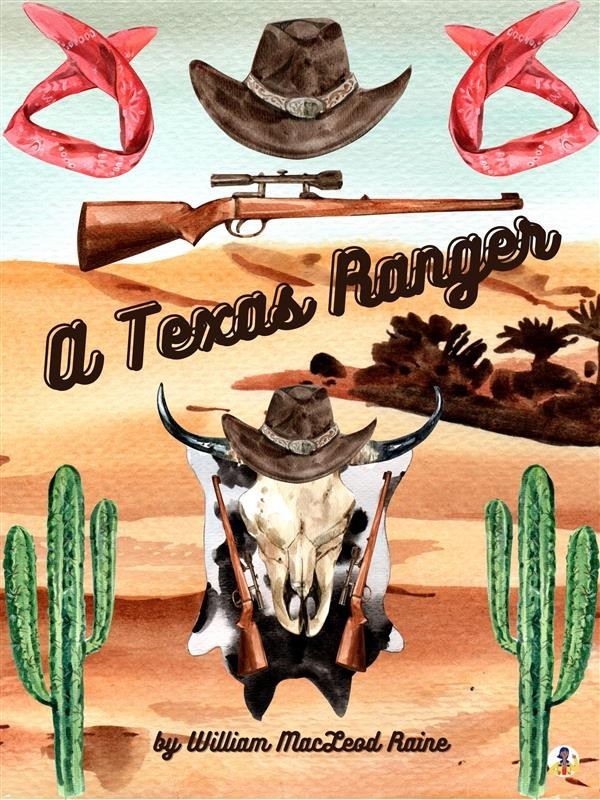 How a member of the most dauntless border police force carried law into the mesquit, saved the life of an innocent man after a series of thrilling adventures, followed a fugitive to Wyoming, and then passed through deadly peril to ultimate happiness.

William MacLeod Raine was born in London, the son of William and Jessie Raine. After his mother died, his family migrated from England to Arkansas when Raine was ten years old, eventually settling on a cattle ranch near the Texas-Arkansas border. In 1894, after graduating from Oberlin College, Raine left Arkansas and headed for the western U.S. He became the principal of a school in Seattle while contributing columns to a local newspaper. Later he moved to Denver, where he worked as a reporter and editorial writer for local periodicals, including the Republican, the Post, and the Rocky Mountain News.

At this time he began to publish short stories, eventually becoming a full-time free-lance fiction writer, and finally finding his literary home in the novel. His earliest novels were romantic histories taking place in the English countryside. However, after spending some time with the Arizona Rangers, Raine shifted his literary focus and began to utilize the American West as a setting. The publication of Wyoming in 1908 marks the beginning of his prolific career, during which time he averaged nearly two western novels a year until his death in 1954. In 1920 he was awarded an M.L. degree from the University of Colorado, where he had established that school's first journalism course.