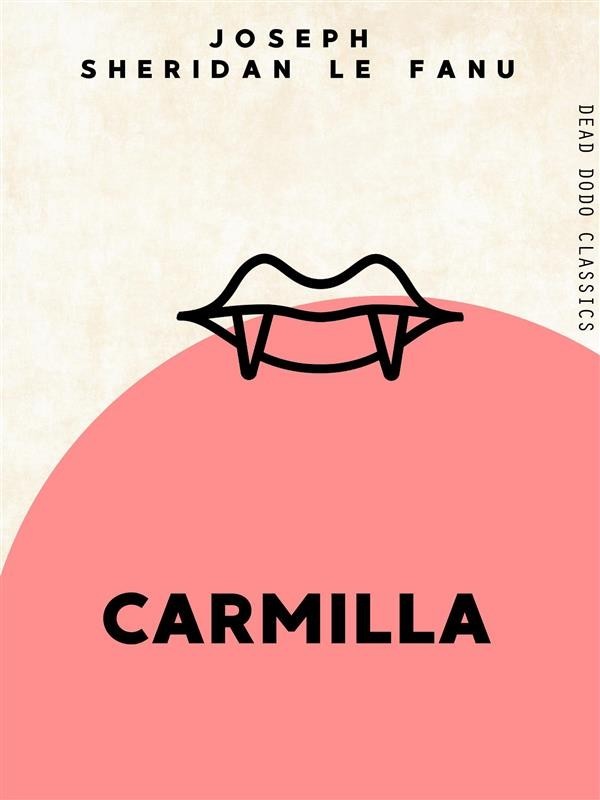 Carmilla is a Gothic novella by Joseph Sheridan Le Fanu. First published in 1872, it tells the story of a young woman's susceptibility to the attentions of a female vampire named Carmilla. Carmilla predates Bram Stoker's Dracula by 25 years, and has been adapted many times for cinema. Carmilla was first published in the magazine The Dark Blue in late 1871 and early 1872, and then in the author's collection of short stories, In a Glass Darkly the same year. There were two illustrators for the story, both of which appeared in the magazine but which do not appear in modern printings of the book. The two illustrators, David Henry Friston and Michael Fitzgerald, show some inconsistencies in their depiction of the characters, and as such some confusion has arisen in identifying the pictures as part of a continuous plot. The story is presented by Le Fanu as part of the casebook of Dr. Hesselius, whose departures from medical orthodoxy rank him as the first occult doctor in literature. The story is narrated by Laura, one of the two main protagonists of the tale.

Laura begins her tale by relating her childhood in a "picturesque and solitary" castle in the midst of an extensive forest in Styria, where she lives with her father, a wealthy English widower, retired from the Austrian Service. When she is six years old, Laura has a vision of a beautiful visitor in her bedchamber. She later claims to have been bitten on the chest, although no wounds are found on her. Carmilla, the title character, is the original prototype for a legion of female and lesbian vampires. Though Le Fanu portrays his vampire's sexuality with the circumspection that one would expect for his time, it is evident that lesbian attraction is the main dynamic between Carmilla and the narrator of the story. When compared to other literary vampires of the 19th century, Carmilla is a similar product of a culture with strict sexual mores and tangible religious fear. While Carmilla selected exclusively female victims, she only becomes emotionally involved with a few. Carmilla had nocturnal habits, but was not confined to the darkness. She had unearthly beauty and was able to change her form and to pass through solid walls. Her animal alter ego was a monstrous black cat, not a large dog as in Dracula. She did, however, sleep in a coffin. Carmilla works as a gothic horror story because her victims are portrayed as succumbing to a perverse and unholy temptation that has severe metaphysical consequences for them.

Some critics, among them William Veeder, suggest that Carmilla, notably in its outlandish use of narrative frames, was an important influence on Henry James' The Turn of the Screw.