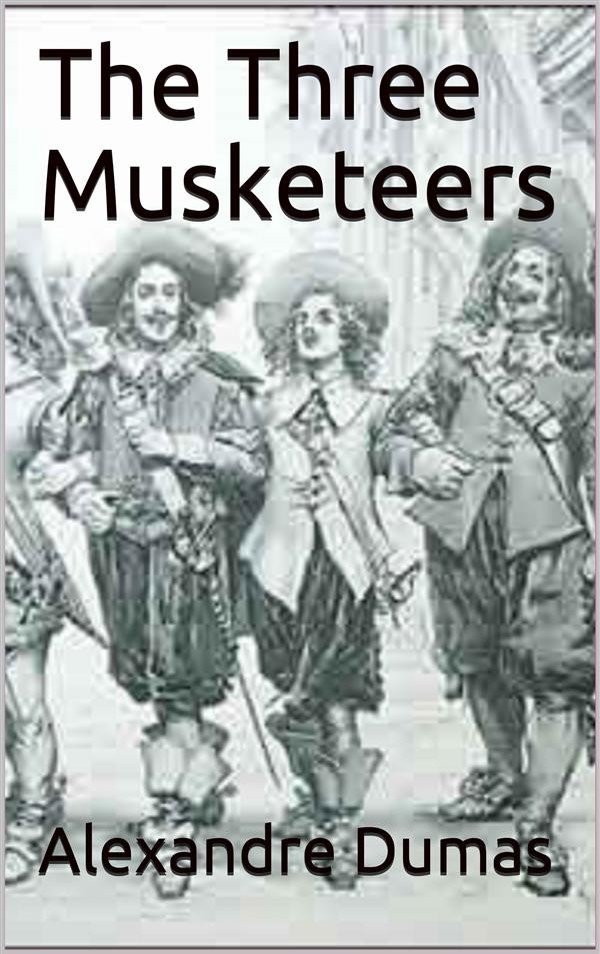 The Three Musketeers is a novel by Alexandre Dumas. Set in the 17th century, it recounts the adventures of a young man named d'Artagnan after he leaves home to travel to Paris, to join the Musketeers of the Guard. D'Artagnan is not one of the musketeers of the title; those are his friends Athos, Porthos and Aramis, inseparable friends who live by the motto "all for one, one for all", a motto which is first put forth by d'Artagnan.

In 1625 France, d'Artagnan—a poor young nobleman—leaves his family in Gascony and travels to Paris with the intention of joining the Musketeers of the Guard. However, en route, at an inn in Meung-sur-Loire, an older man derides d'Artagnan's horse and, feeling insulted, d'Artagnan demands to fight a duel with him. The older man's companions beat d'Artagnan unconscious with a pot and a metal tong that breaks his sword. His letter of introduction to Monsieur de Tréville, the commander of the Musketeers, is stolen. D'Artagnan resolves to avenge himself upon the man, who is later revealed to be the Comte de Rochefort, an agent of Cardinal Richelieu, who is in Meung to pass orders from the Cardinal to Milady de Winter, another of his agents.