Tales from the Flashback: "Raptors on a Plane" 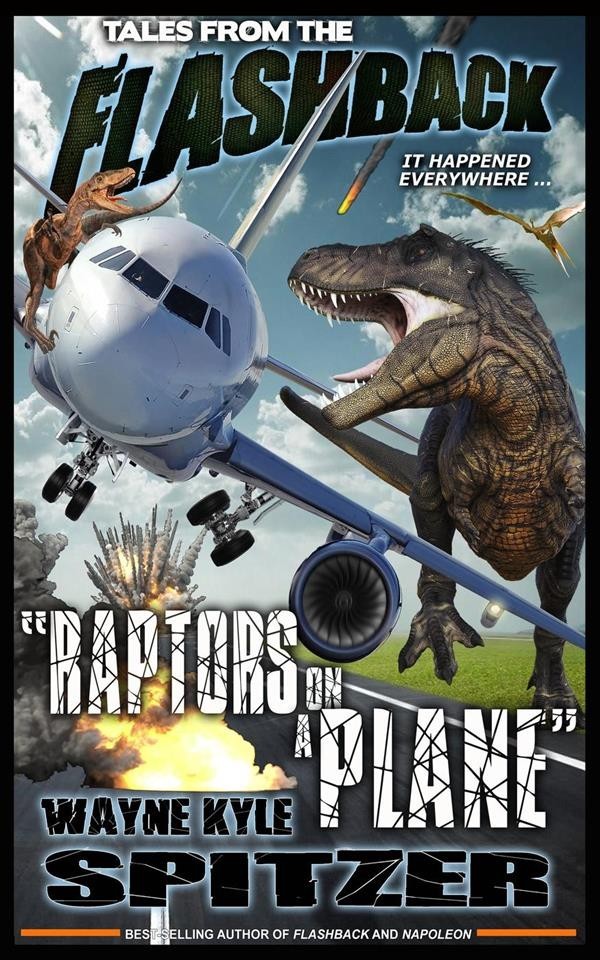 Tales from the Flashback: "Raptors on a Plane"

There were three of them, their clawed hands and snouts covered in blood, only one of which had the strange comb of feathers that resembled a mohawk, and it was at precisely that instant that this one raised its head and apprehended her, its oil slick-colored crest rising and falling, its white eyes blinking—before it barked at the others as though issuing orders and rushed toward her, at which instant she climbed to her feet and swatted open the curtain to business class, and was about to sprint forward into first class when she realized there was a door directly next to her—a restroom!—and grabbed hold of its latch, which was locked. She pounded upon the door with her left fist even as she brought the revolver up with her right, and was about to squeeze off a shot at Mohawk’s snout, which had just appeared around the edge of the curtain, when the door suddenly opened and someone pulled her in—someone who quickly shut the hatch and locked it.

And then she was breathing heavily, trying to slow her heartrate which had raced out of control, as the raptors clawed at the door and gnashed their teeth, and a man in a pilot’s uniform placed his palm over her trembling gun hand and lowered the pistol slowly. Then everything just broke inside her and the tears started flowing, as she threw her arms around him and sobbed almost violently, all the while thinking how good it was, how very, very good, to no longer be alone.