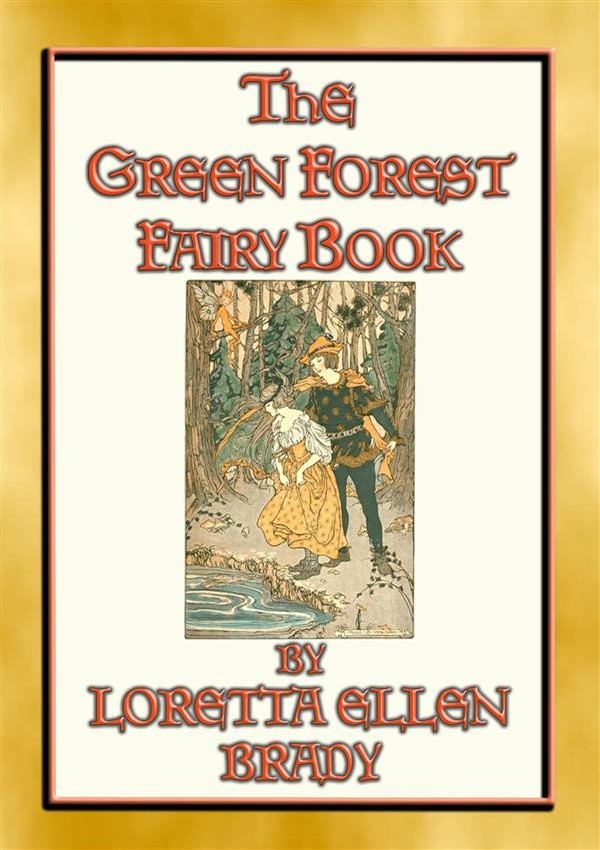 Herein are 11 tales taken from the time when the earth was young. In those days, indeed, the grown folk all loved wonder tales as well as children love them now and were not worse because of it. Sometimes these wonder tales were told by magic chairs or chests; sometimes by birds or beasts that were enchanted and had power of speech. It is from these wonder tales that these 11 stories have been selected. The stories in this volume are:
I Dame Grumble and Her Curious Apple-Tree
II A Tale of the Northland Kingdom
III The Little Tree that Never Grew Up
IV The Tale of Punchinello
V The Strange Tale of the Brown Bear
VI The Beggar Princess
VII Sweep and Little Sweep
VIII Kings and Queens and Peasant Folk
IX The Goose Girl and the Blue Gander
X The Little Brown Man
XI A Tale for Halloween

These tales are from long, long ago, when all the world was young and there were but few people dwelling on it, the strangest things would often come to pass. This was the time when fairyfolk still lived in the greenwoods and elves sang and danced in the soft summer dawns. Then trees could sing and flowers speak and birds would carry messages about the world; wild beasts were not always wild and ferocious and were often loyal friends to men and helped them in their difficulties. In these old days, most noble dukes and earls would fall in love with dairymaids whose gentle ways and manners charmed their hearts. Sometimes great kings grew weary of the splendor of their courts and left their thrones to live a simple life. Each princess had a fairy godmother who showered her with magic gifts. Wise men read the stars and seers would gaze in crystal bowls to tell the coming good or ill they saw.

In those old days, the housewives left a bit of bread and cheese upon the pantry shelf each evening, that the brownie who was said to dwell in every kitchen might have a midnight feast. These brownies, 'twas said also, would make much mischief if they were not treated very well. In early dawns, when fields of flowers were a-sparkle with dew and sunlight, the milkmaids used to bathe their eyes and ears with dew that they might see the fairyfolk forever afterward and hear them sing at midnight in the surrounding glens. The farmers' boys would search among the hedges in hopes of meeting The Red Caps who were said to bring much luck. These Red Caps too were said to give a magic purse of gold to those they fancied,—a purse that was always brimful no matter what was spent from it. Witches still rode broomsticks through the skies and there were wishing wells and magic charms and spells.
So, we invite you to curl up with this unique sliver of Fairy culture not seen in print for over a century; and immerse yourself in the tales and fables of yesteryear.

**CHALLENGE: Every story is terminated with an illustrated tailpiece. In this book it is an illustration of mushrooms and plants. See if you can help young readers spot which illustration they have been taken from.