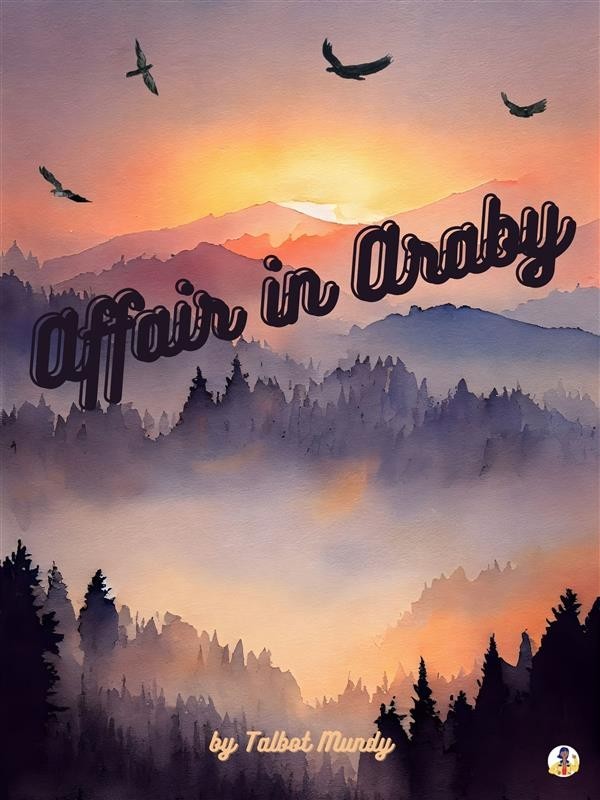 Affair in Araby is part of action-adventure writer Talbot Mundy's popular Jimgrim series, which chronicles the globetrotting exploits of British secret service agent James Schuyler Grim. In this thrilling installment, Jimgrim finds himself in the middle of a maelstrom of political one-upmanship between various factions from France, Syria, and Jerusalem.

Talbot Mundy (23 April 1879 – 5 August 1940) was an English-born American writer of adventure fiction. Based for most of his life in the United States, he also wrote under the pseudonym of Walter Galt. Best known as the author of King of the Khyber Rifles and the Jimgrim series, much of his work was published in pulp magazines.

Mundy was born to a conservative middle-class family in Hammersmith, London. Educated at Rugby College, he left with no qualifications and moved to British India, where he worked in administration and then journalism. He relocated to East Africa, where he worked as an ivory poacher and then as the town clerk of Kisumu. In 1909 he moved to New York City in the U.S., where he found himself living in poverty. A friend encouraged him to start writing about his life experiences, and he sold his first short story to Frank Munsey's magazine, The Scrap Book, in 1911.

He soon began selling short stories and non-fiction articles to a variety of pulp magazines, such as Argosy, Cavalier, and Adventure. In 1914 Mundy published his first novel, Rung Ho!, soon followed by The Winds of the World and King of the Khyber Rifles, all of which were set in British India and drew upon his own experiences. Critically acclaimed, they were published in both the U.S. and U.K.