Knocking Up The Sleeping Unicorn 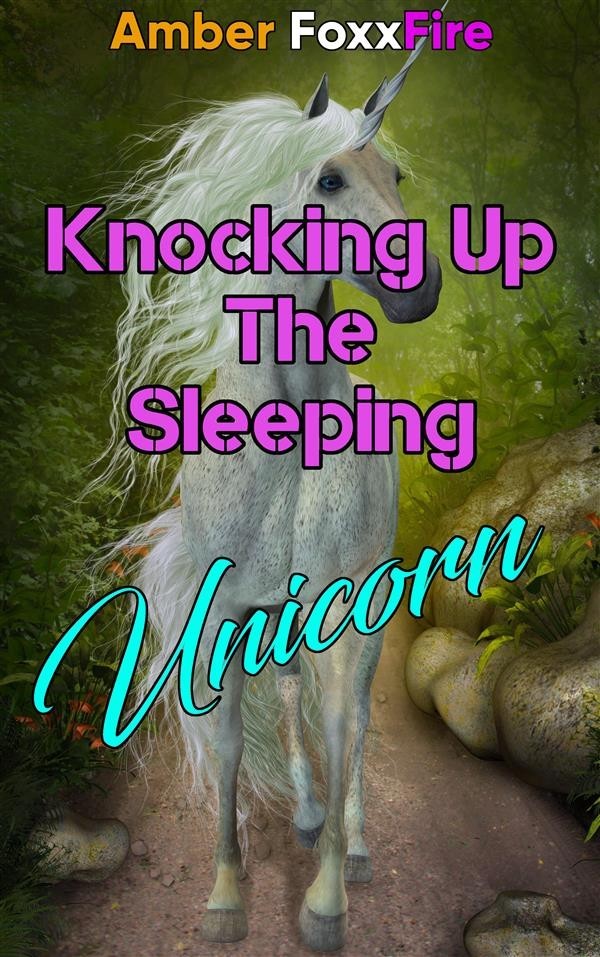 Knocking Up The Sleeping Unicorn

I knew how much my wife loved unicorns. She had stuffed toys, stickers all over the walls, tons of drawings, you name it. She was in love with them.

So it was to my surprise when one morning I spied a real live unicorn outside our kitchen window. I tried to show my wife, but she thought I was pulling her leg and wouldn’t even come take a look.

When taking a photo didn’t work, I pulled out my tranq gun and brought her down. Maybe now my wife would believe me.

But something happened when I went out to check on the helpless equine. She was laying in such a way that her pussy was on full display. I couldn’t help myself, I had to have her.

You won’t believe what happens when my wife catches me banging the unicorn!

"Honey, there's a unicorn in the back yard!" I yelled as I peered out the back window at the large, white, horned horse-looking animal.

"Ha!" She spat from the bedroom. "My daddy tried that trick with me and I'm not falling for it twice."

"Suit yourself!" I said and grabbed the camera. But something odd happened. I took a picture of it and when I downloaded the pic it was...blank. Like she wasn't even there.

But I could see the unicorn standing right there in the backyard. I scratched my head. How could I prove that she was real and not a figment of my imagination?

I know! I'd tranquilize her! I still had a couple darts hanging around from my days at the zoo. I'd use one of them. Then she couldn't say shit.

With shaky hands, I loaded up the gun. Every 5 seconds I kept nervously looking out the window to make sure she was still there. Yup. Still grazing away like nothing in the world.

Granted, she was in a very secluded spot. So secluded that my kitchen window was likely the only place you could see her. I finally got the tranq gun loaded and I carefully opened up the window, making sure not to make a fucking sound. I knew how good horses' hearing was. I would bet that a unicorn's was MUCH better.

With her in my sights, I took a deep breath, steadied myself and aimed. Was I really going to tranq a unicorn? Weren't there laws about this kind of thing?

Without another thought, I loosed the dart. At first I thought it was wide, but then - blam! - it connected. Another dart followed for good measure and she crumpled down in a heap.

I pumped my fist in the air and was about to call out to my wife, when I thought - fuck it. She didn't believe me the first time. To hell with her. I quickly rushed outside to see the unicorn for myself.

Cautiously, I stalked upon it. Even though it was tranqued out, I was still wary of it. I mean, unicorn's were supposed to be magical, right? Sure as shit, when I got close to it, I could see it's horn. There was a real, live - well, tranqued - unicorn in my backyard.