Its Foundation is Firm 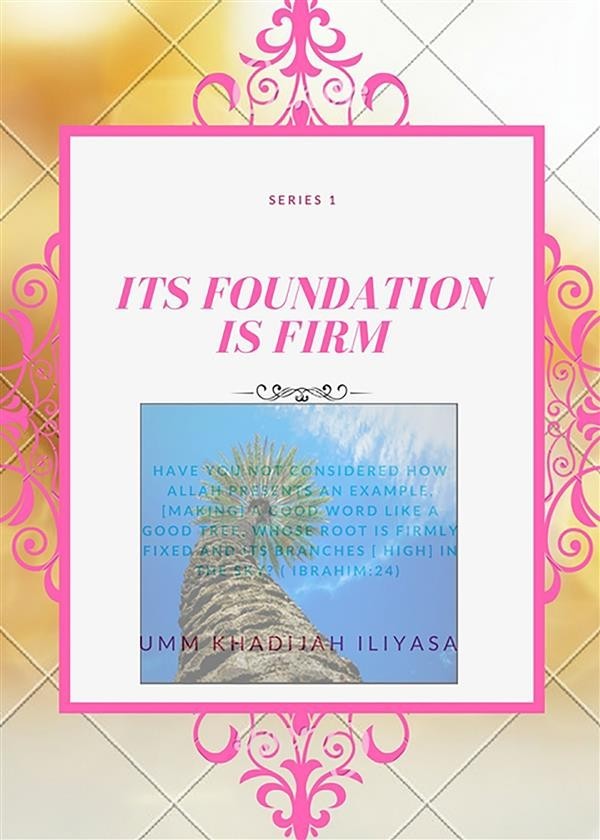 Its Foundation is Firm

This book contains evidences from the original sources - the Quraan and authentic Sunnah based on the understanding of the salaf, the best early generations. It includes the contributions of the world’s top, leading, well-reputed and prominent scholars. The six pillars of faith refer to the foundations upon which it is built. Shaykh Muhammad ibn Saalih al-Uthaymeen – hafidhahullâh said, “As for the foundation of the Islaamic ‘aqeedah (creed), it is to believe in Allaah; His Angels; His Books; His Messengers; the Last Day; and Pre-Decree, both its good and evil [consequences]. The proofs for these foundations are mentioned in the Book of Allaah and the Sunnah of His Messenger sallallaahu ‘alayhi wa sallam”. Allah says, “Have you not considered how Allah presents an example, [making] a good word like a good tree, whose root is firmly fixed and its branches [ high] in the sky” [Qur’an, Surah Ibrahim, 14: 24]. Jundub bin ‘Abdullah said, “We were with the Prophet (ﷺ), and we were strong youths, so we learned faith before we learned Qur’an. Then we learned Qur’an and our faith increased thereby” [ Sunan Ibn Majah, Vol. 1, Book 1, Hadith 61]. With regards to faith, a person should have a firm foundation of creed and belief. This belief should produce fruits in form of good statements and actions. A believer is like a palm date tree, he or she is beneficial at all times and places.