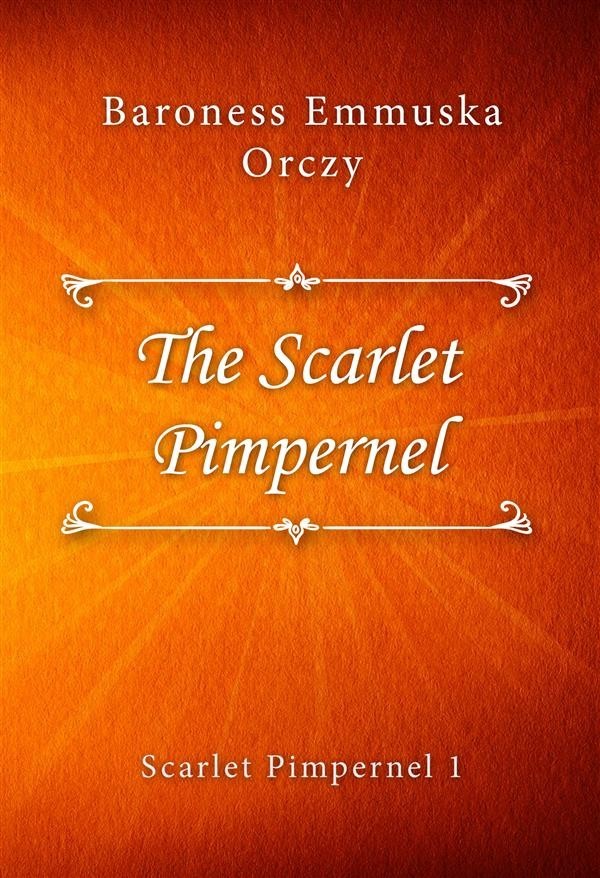 The Scarlet Pimpernel was first published in 1905 and has proved to be Orczy’s most famous and popular novel. The work was originally rejected by publishers, so she refashioned it as a play, with little initial success.
The book continued to be popular throughout the twentieth century and was adapted for film, stage and television on multiple occasions. One of the most famous and well-considered adaptations is the 1934 film starring Leslie Howard and directed by Harold Young. The television adaptations include a 1955-56 version and the 1999-2000 BBC production starring Richard E. Grant and Elizabeth McGovern.
The Scarlet Pimpernel is set in 1792 during the French Revolution, but centres on an English hero performing great and brave deeds in a violent and murderous climate. Marguerite St Just is a beautiful French actress, who is married to the English fop, Sir Percy Blakeney. The couple have become estranged as Marguerite has tired of her husband’s seemingly superficial lifestyle. She has heard about the exploits of the mysterious Scarlet Pimpernel — an unknown English man — who is daily helping French aristocrats to escape the Revolution. She is captivated and entranced by the stories surrounding him, but is soon forced into a position where she must assist the French ambassador to England in capturing the elusive man. Orczy’s novel unfolds with a series of twists and turns, with frequent moments of excitement and tension. The author’s aristocratic heritage no doubt contributed to the politically conservative nature of the work, and her desire to make the hero of a tale an Englishman also underlines not only her own views but her belief in the nationalistic disposition of her English readership.