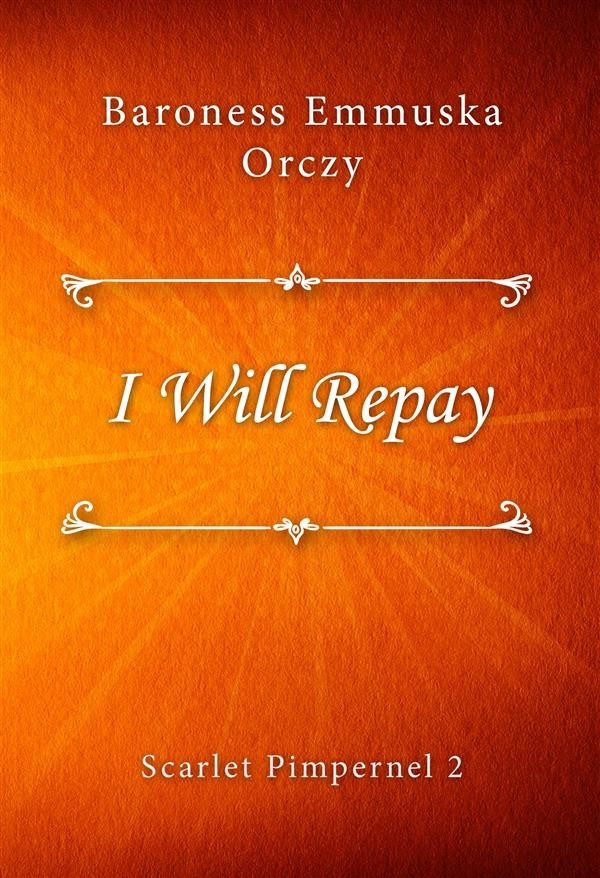 First published in 1906, I Will Repay is the first sequel to The Scarlet Pimpernel, though it is not chronologically the next story in the series. Following the immense success of the first novel, Orczy was well aware of the demand for her to continue to release works featuring her popular character. This novel begins with a short section set in 1784, relating the story of the wealthy Paul Déroulède, who causes great offence to the young Vicomte de Marny. The disagreement escalates to the point of a duel, despite Déroulède’s attempts to defuse the situation and the young aristocrat is killed in the dispute. When Marny’s fourteen-year-old sister, Juliette, learns of his death, she swears to seek revenge against the man she blames for murdering her brother. She has been told that it is only after Déroulède has been punished that her sibling’s soul will be able to rest in peace.
The narrative resumes in the summer of 1793, at the start of the Reign of Terror, when Juliette approaches Déroulède’s house and is attacked by an aggressive crowd, who is incensed by her aristocratic background. She is saved by her intended victim and taken into his home, but she remains determined to avenge her brother’s death. The story unfolds in a dramatic fashion, focusing heavily on the violent nature of the revolution and the changing relationship between Juliette and Déroulède. Scarlett Pimpernel makes a necessary appearance in the novel, although he is not the primary point of interest in the work. It is perhaps only a coincidence but, the character Paul Déroulède shares a name with the late nineteenth century French nationalist, poet, opponent of the Paris Commune and founder of the Ligue des Patriotes. Déroulède’s politics were motivated by a loathing of Germany, which was entrenched by the humiliating defeat of the French army in the 1870-71 Franco-Prussian war and an admiration for the British, rendering him an anti-colonialist, due to concerns about potential Franco-Anglo conflicts that might arise from competing imperialist aspirations.