Total Commitment to Christ: What is it? 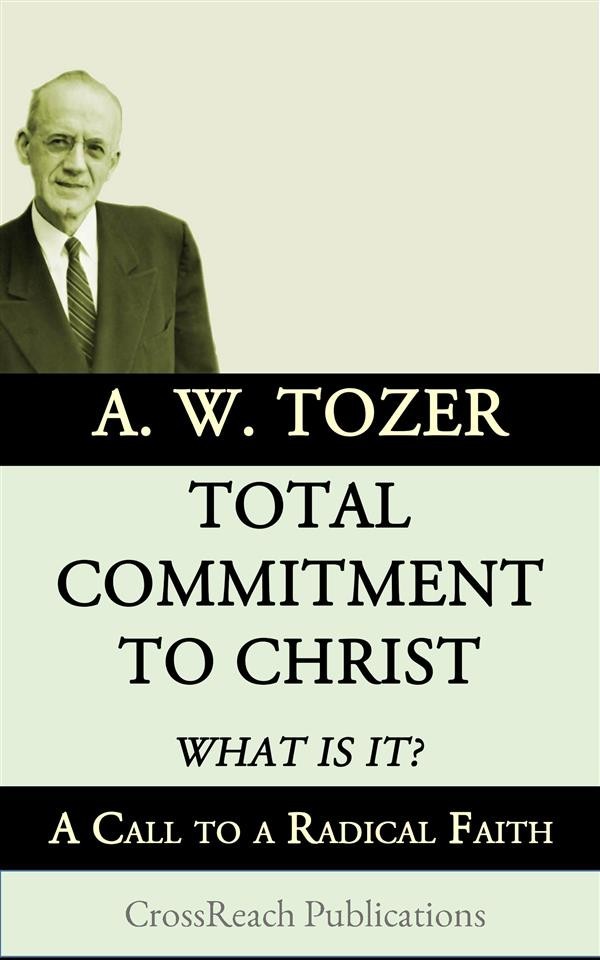 Total Commitment to Christ: What is it?

Tozer is as popular today as when he was living on the earth. He is respected right across the spectrum of Christianity, in circles that would disagree sharply with him doctrinally. Why is this?

A. W. Tozer was a man who knew the voice of God. He shared this experience with every true child of God. With all those who are called by the grace of God to share in the mystical union that is possible with Him through His Son Jesus. It is hard for anyone to deny the spiritual power which Tozer experienced and exercised on a daily basis. It was so clearly evidenced in his life and actions. It may be he neglected other areas of his life that were just as important, but we must be careful to never lift any man up to level of sainthood. Tozer was a man, he had faults. But he loved God and he loved His Church and he fought for both.

Tozer fought against much dryness and formality in his day. Considered a mighty man of God by most Evangelicals today, he was unconventional in his approach to spirituality and the time, and had no qualms about consulting everyone from Catholic Saints to German Protestant mystics for inspiration on how to experience God more fully. While some are criticized for doing so today, many look up to Tozer. Many times a prophet is rejected by his own and revered in later times. Let us be careful we are not rejecting the movement of God’s spirit in our times, by labelling as heresy that which has God’s blessing on it.

Tozer, just like his Master, doesn’t fit neatly into our theological boxes. He was a man after God’s own heart and was willing to break the rules (man-made ones that is) to get there.

Here is a writing by Tozer that touches on the heart of this goal. Total Commitment to Christ: What is it?. It was given by Tozer shortly before his passing and transcribed shortly thereafter.