THE JUNGLE BOOK - A Classic of Children's Literature 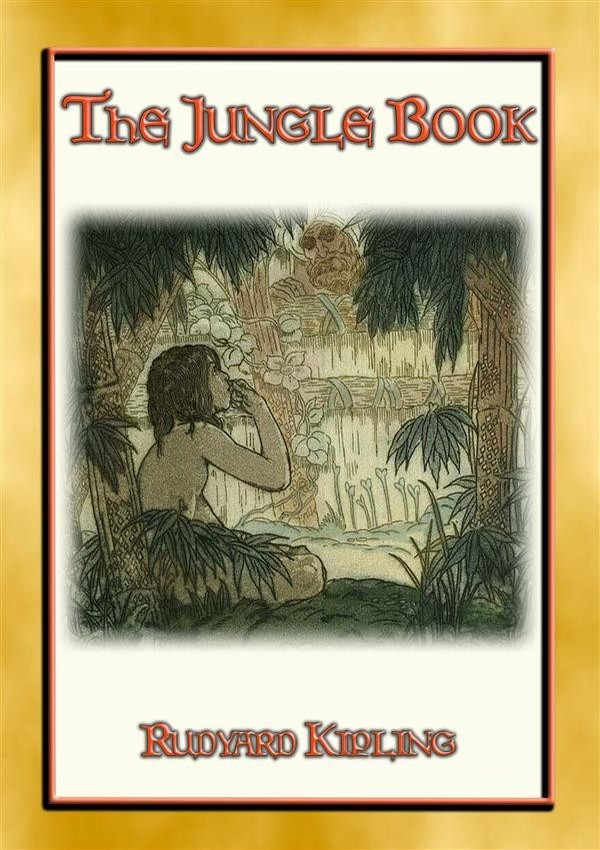 THE JUNGLE BOOK - A Classic of Children's Literature

Herein are a collection of illustrated children’s stories and poems by the English author Rudyard Kipling set in the jungles of India. Originally published as short stories in a magazine, so popular were they, that the author was persuaded to put them into a book as a single collection. The Jungle Book, and its sequel, are now considered to be a classic of children’s literature.
The principal character is the boy or "man-cub" Mowgli, who is raised in the jungle by wolves. The stories feature Mowgli the man-cub’s adventures with his animal brethren and the lessons they teach him in order to survive. Set in a forest in India; thought to be the "Seonee" (Seoni) forest in the central state of Madhya Pradesh, the supporting cast of characters are animals such as Akela the wolf, Shere Khan the tiger, Baloo the bear, Kaa the python and Rikki-Tikki-Tavi the mongoose amongst the many which feature.
The story traces his growth from man-cub to young man and his eventual re-introduction into human society and the struggles of letting go of old friends and relationships in order to move on.
So sit back with a steamy beverage and be prepared to be entertained for many-an-hour. If and when you come to pick up the story where you left it, don’t be surprised if you find a younger reader is now engrossed in the book and is reluctant to let it go.
10% of the net sale will be donated to charities by the publisher.
==============
ABOUT THE AUTHOR: Joseph Rudyard Kipling (1865 – 1936) was an English journalist, short-story writer, poet, and novelist. Kipling's notable works include The Jungle Book, Just So Stories, Kim, Captains Courageous, The Man Who Would be King, "If—", "Gunga Din" and "The White Man's Burden". He is regarded as a major innovator in the art of the short story; his children's books are classics of children's literature, and one critic described his work as exhibiting "a versatile and luminous narrative gift".
==============
KEYWORDS/TAGS: The Jungle Book, Rudyard Kipling, Indian Jungle, Tales from Old India, fairy tales, folklore, myths, legends, children’s stories, childrens stories, bygone era, fairydom, ethereal, fairy land, classic stories, children’s bedtime stories, happy place, happiness, Mowgli, Brothers, Hunting-Song, Seeonee Pack, Kaa, Road-Song, Bandar-Log, Tiger, White Seal, Lukannon, Rikki-Tikki-Tavi, Rikki Tikki Tavi, Darzee, Chaunt, Toomai, Elephants, Shiv, Grasshopper, Her Majesty, Servant, Parade-Song, Camp Animals, Bagheera, Shere Khan, Baloo, seoni, forest, Madhya Pradesh, Bagheera, Nag, Kotick, Kala, Akela, Wolf, Sea, Brother, Nagaina, mother, Billy, Petersen, Father, Sahib, Council, buffaloes, Tabaqui, Buldeo, camel, Novastoshnah, holluschickie, mongoose, Monkey, Matkah, Waingunga, naked, Keddah, talking, India, companions, Kerick, Machua, cobra, Appa, Man, Chuchundra