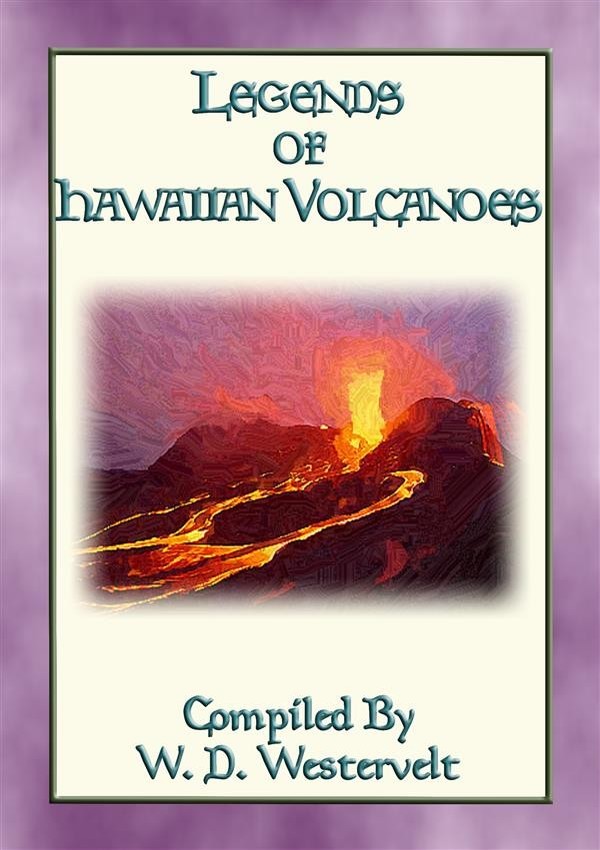 Herein are 20 legends of Hawaii’s volcanoes and the demigods which occupy them. Many of these legends are about Pele who according to Polynesian myth lives in Kilauea. The story of Pele’s arrival and occupation of Kilauea can be found in the very first story, “AI-LAAU, THE FOREST EATER.” Ai-laau lived in the volcano spewing forth his fire from the great crater when Pele came to the seashore far below. On seeing Pele, Ai-laau was fearful and fled leaving the volcano to her, where until this day she digs and continues to release plumes of fire and rivers of lava.

Herein you will find the legends of:
Ai-Laau, The Forest Eater
How Pele Came To Hawaii
Pele And The Owl Ghost-God
The Hills Of Pele
Pele And The Chiefs Of Puna
Pele's Tree
Pele And Kaha-Wali
Pele And Kama-Puaa
Pele And The Snow-Goddess
Genealogy Of The Pele Family
Pele's Long Sleep
Hopoe, The Dancing Stone
Hiiaka's Battle With Demons
How Hiiaka Found Wahine-Omao
Hiiaka Catching A Ghost
Hiiaka And The Seacoast Kupuas
Lohiau
The Annihilation Of Keoua's Army
The Destruction Of Kamehameha's Fish Ponds
Kapiolani And Pele

We invite you to download and read this very topical edition of Legends Of Hawaii’s Volcanoes, the activity of which was just as important to the ancient, original inhabitants of Hawaii as they were to the second generation of Americans who have arrived on the islands in relatively recent times.