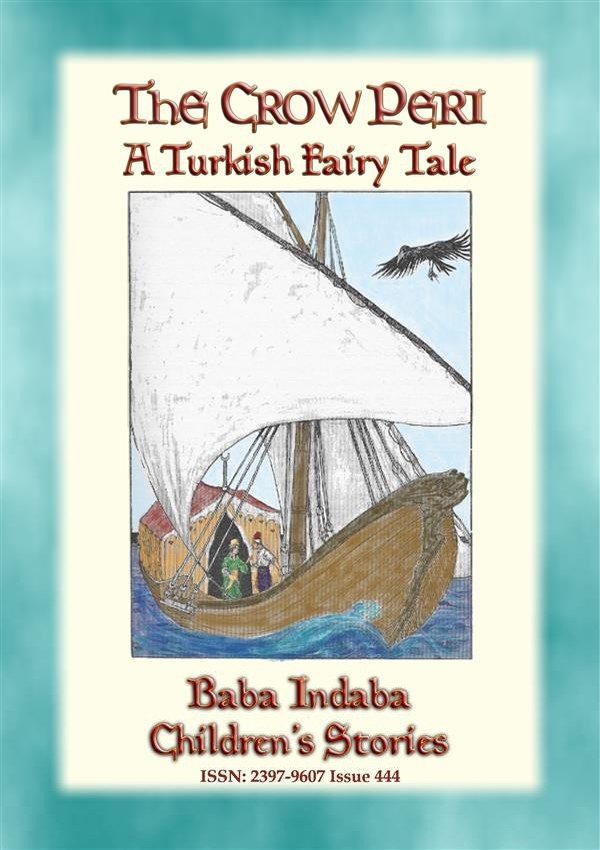 ISSN: 2397-9607 Issue 444
In this 444th issue of the Baba Indaba’s Children's Stories series, Baba Indaba narrates the Turkish Tales “The Crow Peri.” In case you’re wondering, in old Turkish a Peris are  exquisite, winged spirits renowned for their beauty

A boy is orphaned and taking up his late father’s occupation of bird catcher goes to the wood to set traps. Soon a crow flew into one of the traps. He was about to seize the bird from the trap when it spoke to him pleading for its release. Never faced with a speaking bird he released it. He reset the trap and was surprised when a bird of exceeding beauty flew into his trap. Thinking he would take it to market where it would fetch a good price, he was about to put it into his bag when the crow alighted onto a branch near him and told him to take it to the Padishah (king). This the boy did and the Padishah eagerly bought it. Then he set the boy a challenge….

What was the challenge and did the boy succeed?
How did everything turn out in the end? Well, you’ll have to download and read these stories to find out for yourself.

BUY ANY of the 440+ BABA INDABA CHILDREN’S STORIES at https://goo.gl/65LXNM