(No) Value in Unified Communications 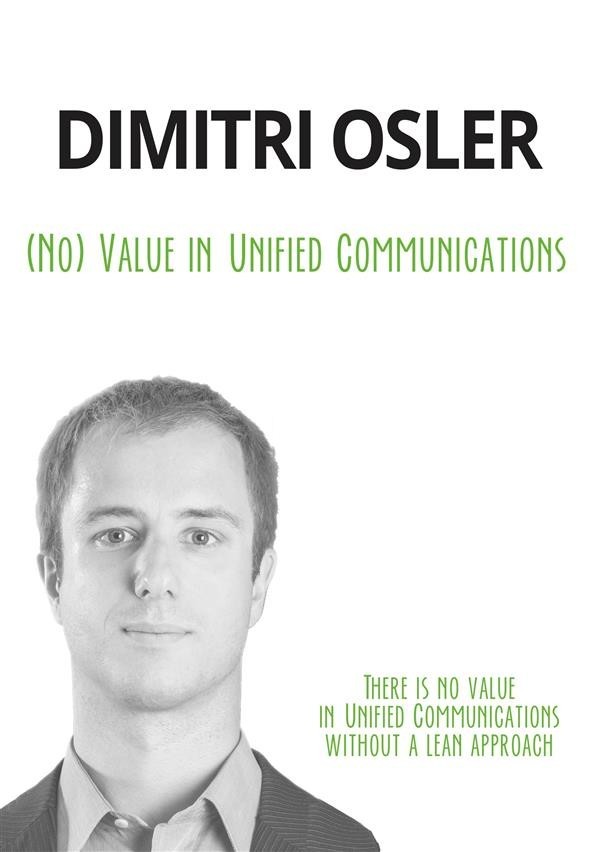 (No) Value in Unified Communications

Dimitri Osler , was born in 1982. With a degree in lnformation Technology acquired in Trento in 2003, he has always been an IT and Open Source enthusiast.
After finishing high school, he began working as a systems analyst substituting expensive and complex Windows based infrastructures with Linux at StarSystem company.
While attending university he becomes quite interested in communication systems and he begins to experiment with software like Asterisk, SER, Kamailio, he participates in the development of Callweaver for which he writes updates and applications. The idea to create Wildix and the core of the system was born out of this experience.
When the Wildix project gets underway in Ukraine, he concentrates more and more on the strategic vision of the company and the management of the development team and he moves to Odessa, where he spends most of the year.
He learns Russian and today speaks it fluently. With the start of production in China, Taiwan and Canada he works assiduously on the realization of media gateways, phones and other equipment based on Linux, collaborating with various work teams.